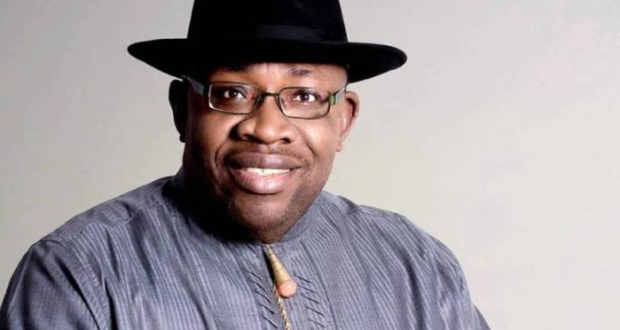 Some Ijaw leaders have been begging former Governor of Bayelsa State, Seriake Dickson, to join the race for the Senatorial bye-election for Bayelsa West

Over 15 famous leaders, who once occupied top positions in Ijaw struggle such as Dr. Felix Tuodolo, Asari- Dokubo, Frank Omare, Udengs Eradiri, Frank Omare, Alfred Kemepado, Mr Oyinfie Jonjon among others met and said only Dickson possessed the qualities to speak for the Ijaw at the Senate.

The leaders in a communiqué issued after their meeting said Dickson’s contributions to the advancement of Ijaw development distinguished him from others.

They urged the people of Sagbama and Ekeremor to see the candidature of Dickson beyond party lines but a further call to duty in the service of the Ijaw project.

They said in the communiqué: “That in view of the above mentioned realities, it is hereby resolved that all patriotic sons and daughters of Ijaw Nation should persuade and support the His Excellency, Hon. H.S Dickson who has been a pillar of support to all Ijaw people irrespective of our artificial boundaries.

“And that this decision is unbiased and springs from the above expectations and his overwhelming performance as a former member of the House of Representatives for five years and a Governor who served our people for eight years which has given him the much needed requisite experience.

“We therefore call on His Excellency, Hon. HSD to contest the senatorial election while appealing to all Ijaw patriots to stand with His Excellency Hon Seriake Dickson and elect him to the senate to continue to fly the Ijaw flag.”