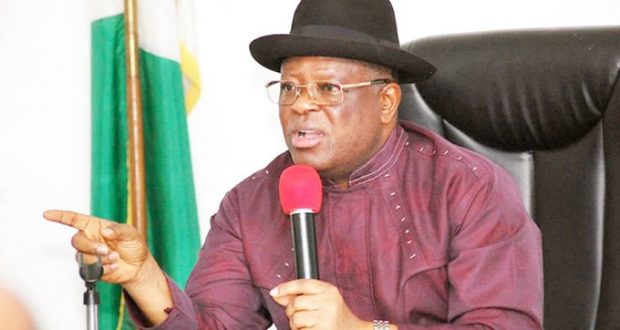 The Governor of Ebonyi State, David Umahi, has suggested the federal government organizes a national conference where issues observed in the ENDSARS protest will be addressed.

He made this known on Saturday at the proposed site of the international airport in Ezza South local government area of the state after he had inspected two police stations in Abakiliki city capital burnt by hoodlums who hijacked the peaceful ENDSARS protest in the state.

Umahi added that the conference would focus on the attainment of good governance at a round table discussion, featuring mostly the youth, elders, and political officeholders.

The governor also called on his colleagues in the other 35 states of the federation, including the federal capital, Abuja to follow suit in addressing the recent demands presented by ENDSARS protesters.

Previous: #ENDSARS PROTEST AND 20 TAKEAWAYS – BY LAI OMOTOLA
Next: 2023: Will Tinubu fight back or take to his heel?