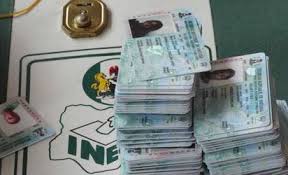 A statement yesterday by the Secretary to the State Government, Prince Wole Oyebamiji, reads:

“The government acknowledges the importance of workers in democratic process, and is aware that the only way workers can give life to their aspiration for a worker-friendly government is through their votes.

“The government does not want anyone to miss the opportunity to exercise their constitutional right, especially as it affects their overall wellbeing and the security of their future. Consequently, Friday, June 24, has been declared work-free day in all government offices across the state to enable all public and civil servants pick their PVCs so they can perform their civic duty.”

Governor Adegboyega Oyetola has also reappointed four commissioners, who resigned to contest for the National Assembly tickets but lost the primary.

Speaker of the House of Assembly Timothy Owoeye announced at yesterday’s plenary that the governor’s letter asked for the reconfirmation and re-appointment of commissioners and special advisers to fill vacant positions in the State Executive Council. It also requested an extension of tenure for the Caretaker Management Committee in the local government areas.

Previous: Osun Guber: There is no excuse for failure, APC must win- Adamu tells Campaign Council
Next: 2023: Tinubu and APC are not organized, not smart – Okowa