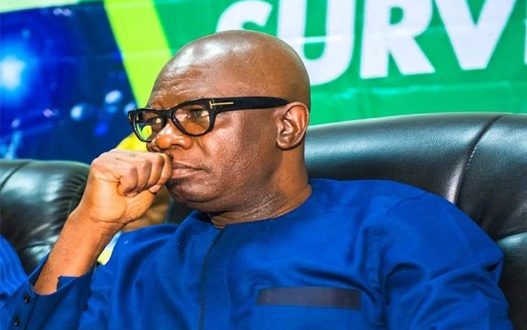 Reports from the highest echelon of the police says the Inspector-General of Police, Mohammed Adamu, has ordered the Commissioner of Police in Ondo, Bolaji Salami, to restore the security details of the embattled Deputy Governor, Agboola Ajayi.

This was contained in a memo on Monday from the Department of Operations, Force headquarters in Abuja.

It was signed by Austine Agbonlahor, an Assistant Inspector-General of Police.

He said the Police Commissioner was doing the bidding of Governor Rotimi Akeredolu.

Ajayi and Akeredolu have been at loggerheads for months.

The deputy has dumped the All Progressives Congress (APC) for the Peoples Democratic Party (PDP).

There are speculations that just like in Edo where Governor Godwin Obaseki left the APC to PDP, got a waiver and picked the governorship ticket, a similar scenario will play out in Ondo