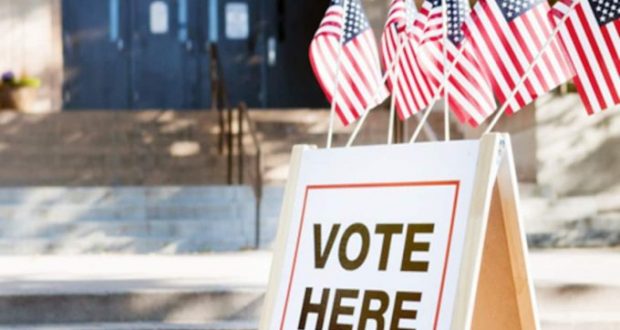 Reuters Analysis: How successful was the US presidential Election?

Americans took to the polls last Tuesday for what many expected to be a contentious and possibly even violent general election.

Republican President Donald Trump claimed beforehand, without evidence, that voter fraud could hand the presidency to Democratic challenger Joe Biden. Democrats sounded alarms that voter intimidation and efforts to cast suspicion on mail-in ballots by Republicans would discourage minorities, in particular, from voting.

Despite the fears expressed on both sides, the election was deemed “well managed” by international observers. It passed mostly in a calm and peaceful fashion, even as misinformation ran rampant and Trump refused to concede after Biden secured enough electoral votes on Saturday to win the presidency.

How successful was the election? To answer that question, Reuters examined five key areas, and assigned each an informal grade based on interviews with two election integrity experts, and our own reporting over the course of the election.

Here is our snapshot. The picture may change in coming days if more information about election irregularities surfaces.

Voting-rights activists had feared that the Trump campaign’s call for an “army” of poll watchers could dampen turnout, but the 2020 election was breaking voting records. As of Monday, Biden led Trump by more than 4.4 million votes with more than 147 million ballots counted.

Nearly 159 million Americans were estimated to have voted in the election, according to an analysis by University of Florida professor Michael McDonald.

The previous record was set in 2016 when 138 million people voted in the election won by Trump over Democrat Hillary Clinton.

More than 95 million of those who voted this year cast their ballots before Election Day, McDonald estimated.

State officials across the country found ways to allow people to vote by mail or early in person to ensure safety during the coronavirus pandemic, according to Robin Carnahan, a former Missouri secretary of state and member of the bipartisan National Council on Election Integrity.

“We owe them a great debt of gratitude,” she said.

The U.S. election was “well managed,” particularly considering challenges related to the COVID-19 pandemic, according to the Organization for Security and Co-operation in Europe (OSCE), which sent 30 observers to the United States to monitor the process.

Trump has claimed for months without evidence that increased mail-in voting because of the pandemic would lead to fraud. He intensified that message as Biden edged closer to victory as votes were tallied last week and tweeted on Sunday: “Since when does the Lamestream Media call who our next president will be?”

Following lawsuits by civil rights groups and others, a Washington-based federal judge on Tuesday ordered the U.S. Postal Service (USPS) to sweep mail facilities in search of ballots that were received for processing but did not receive scans confirming their delivery to election authorities.

The agency bypassed the scans to expedite delivery, USPS spokeswoman Martha Johnson said on Monday, adding that the vast majority of the ballots “would be delivered on-time under state election law.”

The USPS delivered about 150,000 ballots on Wednesday and 40,000 on Thursday, according to a lawyer for a plaintiff.

The Trump campaign has filed multiple lawsuits in recent days over alleged irregularities.

While his campaign suffered losses in Michigan and Georgia courts last week, Trump pledged on Saturday to go forward with a legal strategy he hopes will overturn state results that gave Biden the win.

A number of legal experts say, however, that those challenges have little chance of changing the outcome.

After several media outlets called the election for Biden on Saturday morning, Trump said in a written statement that the lawsuits were “the only way to ensure the public has full confidence in our election.”

U.S. law enforcement officials warned of possible violence around the election, but voting and a number of related demonstrations across the country have so far remained largely peaceful, Reuters reporting from major cities across the country shows.

Pro-Trump protests outside a vote-counting site in Phoenix have attracted members of far-right and militia groups, but have not become violent.

Overall, clashes between protesters were more intense than in recent elections, but no major incidents occurred, said Daryl Johnson, a former domestic terrorism analyst at the U.S. Department of Homeland Security.

“We’re still in a period of heightened risk of violence,” Johnson said.

In Philadelphia, two men on Friday were charged with gun offenses after traveling from Virginia to a voting site in that city. The men had two loaded semi-automatic handguns, one semi-automatic AR-15 style rifle and roughly 160 rounds of ammunition, the district attorney’s office said.

A small portion of voters – 3 percent – responded affirmatively when asked if anyone had “confronted/threatened/intimidated me outside the polling location about voting,” according to a Reuters/Ipsos poll of more than 40,000 voters conducted on Election Day.

Voters were targeted repeatedly with misinformation during the 2020 election, ranging from inaccurate claims of voter fraud to emails that suggested a threat of physical harm if recipients voted for a particular party.

Social media companies, including Facebook Inc and Twitter Inc, instituted measures for this election to combat the spread of false information across their platforms, such as attaching warnings to posts to suggest they may not be accurate.

But some critics said the companies did not do enough to halt the spread of misinformation, particularly when Trump and his allies flooded social media on Wednesday with false claims of victory and unsupported allegations of voter fraud.

A Twitter spokesman said in a written statement that it applied warning labels to some tweets so that people could “see what their leaders are saying with clear context.”

Facebook shut down a rapidly growing “Stop the Steal” Facebook group on Thursday after the forum featured calls for members to ready their weapons should Trump lose the election.

A Department of Homeland Security official said last week that the FBI was investigating the calls.

Trump has refused to concede the election to Biden, even after the Democrat clinched victory on Saturday.

“The simple fact is this election is far from over,” Trump said in the statement on Saturday. “Joe Biden has not been certified as the winner of any states, let alone any of the highly contested states headed for mandatory recounts, or states where our campaign has valid and legitimate legal challenges that could determine the ultimate victor.”

Senior congressional Republicans, including Senate Majority Leader Mitch McConnell, have not acknowledged Biden’s victory, either. McConnell said on Monday that Trump was fully within his rights to look into alleged voting irregularities

Kevin McCarthy, the top Republican in the House of Representatives, said legal challenges should be allowed to play out. “Then and only then, America will decide who won the race,” he told Fox News.

The transition between the Biden administration and the Trump administration is expected to be more difficult than that of most previous modern-day presidents.