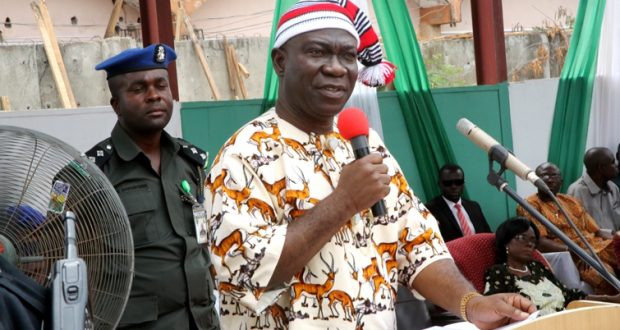 Ekweremadu, who stated this at a two-day retreat by Southern Senators Forum in Calabar on Friday dismissed the fear in certain quarters that restructuring would cause the break-up of the country.

He explained that restructuring was not the same as exclusive resource control as the renewed and aggressive search for oil around the Lake Chad, Sokoto and Benue River Basins in recent times appeared to suggest.

According to him, whereas federating units will have more control over their resources in a restructured Nigeria, there would always be an Equalisation Fund to ensure that every region thrives above a reasonable threshold.

“In fact, oil and gas is among the least strategic endowments of the nation today and in the years ahead. Oil is fast losing its import in the global economy.

“Many of the heavy buyers are not only finding alternatives to oil, but are also setting deadlines for the phasing out of oil-powered engines and automobiles.

“This quest is to revive the original master plan, removing those ugly and excess weights introduced by successive military regimes.

“It is an admission that we cannot continue to do the same thing that has failed us for more than half a century and expect a different result.

“If you are driving to Abuja from Ibadan and you face Lagos, you can only end up in Badagry or the Atlantic,’’ he said.

The lawmaker, who also pointed out that the subject of restructuring appeared to have had divided opinions recalled that Nigeria’s independence was delayed till 1960 to give room for more dialogue and ensure that no part of the country was left behind.

Previous: Appointment of new SGF addresses acrimony in government – APC
Next: PDP lost election in 2015 due to insurgency in the North East – Dokpesi