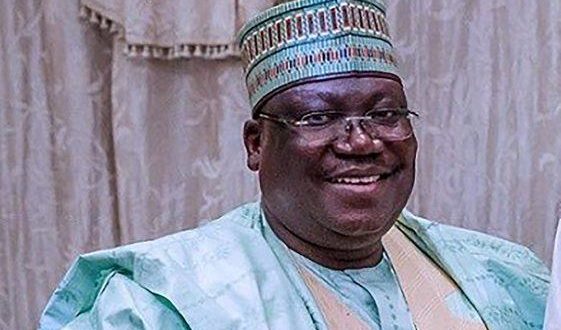 It has been gathered that President of the Nigerian Senate, Ahmed Lawan, is making underground moves to contest the 2023 Presidential election on the platform of the ruling All Progressives Congress,.

Top sources within the APC disclosed that this ambition was one of the reasons why Lawan nominated Governor Mai Mala Buni of Yobe State as Chairman of the Caretaker/Extraordinary Convention Committee of the party, SaharaReporters reports.

It was gathered that Buni’s nomination had put Lawan in a strong position as one of the major contenders for the presidential ticket of the APC should the party decide to make the contest for its ticket open to candidates from every zone of the country.

It was gathered that  that consultations were ongoing among major stakeholders in the party to make Lawan’s goal to succeed President Muhammadu Buhari in office a reality.

“Lawan is making moves for presidency in 2023 and this may be his first ambition in that direction.

“He is a proponent of North-East producing the next President and that is his agenda if the zoning favours the region.

“Though there are divergent views in the party as many are pushing for it to be zoned to the South,” the source said