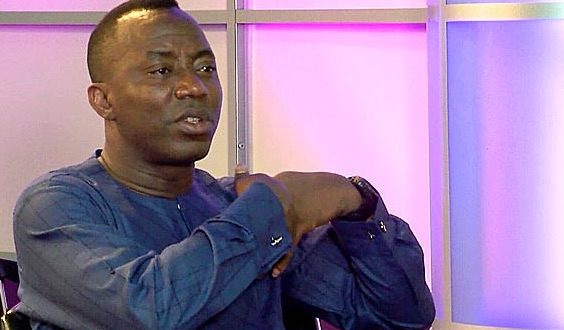 RevolutionNow: No surety has turned up to take delivery of Sowore – DSS

The Department of State Services (DSS), has disclosed that no person has turned up to take delivery of Mr Omoyele Sowore since a court order was received for his release.

Dr Peter Afunanya, the Public Relations’ Officer of the Service disclosed this in a statement on Saturday in Abuja.

He said the clarification was necessary for reasons of accountability adding that the service had received the court order for his release.

According to him, the Court has been properly briefed on the development and steps are being taken to ensure compliance with the order.

He said the service was not a lawless organisation and would never obstruct justice or disobey court orders.

Afunanya pledged the commitment of the service to do the needful upon completion of the appropriate processes for Sowore’s release.

Sowore was arrested on Aug.3, over allegation that he was leading a group known as RevolutionNow on a protest in the country.

Justice Ijeoma Ojukwu of the Federal High Court on Oct. 4 granted him bail in the sum N100 million with two sureties in the like sum.

The court ordered that N50 million of the amount be deposited with the court while the balance be put in place should Sowore jump bail.

Ojukwu said Sowore’s sureties must deposit tax clearance certificates for three years, 2016 to 2018, and documents of landed properties in Abuja.

The court however, on Oct. 21 reviewed the bail conditions by waiving the earlier requirement that Sowore must deposit N50m as security.