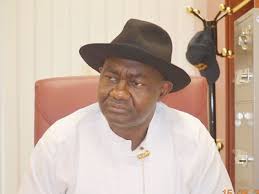 Rivers: APC faction warns Amaechi, others, says nobody has monopoly of violence

They warned that nobody or group has monopoly of political violence.

Acting chairman of the faction, Golden Ben-Chioma, issued the warning when reacting to  the recent attack on their supporters by armed men in Buguma, Asari-Toru Local Government Area.

Acccording to him, the attack showed that someone was afraid of the existence of the Abe’s camp.

“As a party, we have frowned at it. We have made a complaint at the necessary security tables. As I speak with you, investigation is ongoing. But it only shows you one thing. We’re the victim of such thing. You ask yourself, who is perpetrating harm to us? Are we a threat to anybody? The answer is “yes”. It, therefore, means somebody is threatened by our existence.

“But we are law-abiding. Nobody has a monopoly of violence. Everybody on this earth will pass away. Only God and the earth would remain. So, let no man claim to be strong.”

“We are starting afresh and we want to make sure that our party is still in existence in the state. Party politics is jaw-jaw not war-war. If you feel offended with our actions and inactions, come over, we tell you the reasons. If you convince us, we agree with you. It is a party not a personal issue.”

Previous: APC now irrelevant, I have silenced them- Wike
Next: US Congress considering impeaching Trump after attack on Capitol 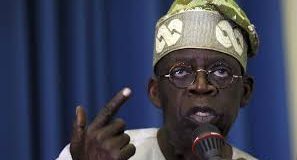