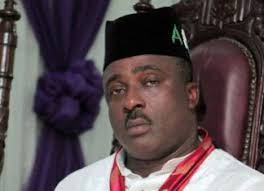 Sacked National Working Committee (NWC) members of the All Progressives Congress (APC) have made a volte-face as regards court action.

They have rescinded their decision of going to court.

They have resolved to work for the rebuilding of the party, Waziri Bulama, the former National Secretary of the party said.

Reviewing the events of the last few days including the NWC dissolution and reactions of some party members, Bulama said the sacked NWC has already accepted the Thursday decisions of the National Executive Committee.

They would not go to court and would defer to Buhari.

“Following consultations with our leaders all the stakeholders, we have accepted the decision of the President on the dissolution of NWC and the setting up of a Caretaker Committee headed by Governor Mai Mala Buni.

“We are respecting the President. We are not antagonistic. All the views we expressed were in the light of the constitution of the party.”

Asked of plans to go to court, he said: “Consulting our leaders and stakeholders does not mean going to court. We have no such plans.

“We are putting aside all constitutional and legal processes in the overall interest of the party. We have respect for authority, we appeal to all the stakeholders not to escalate the crisis in the party. We will cooperate with Buni’s committee which will organize a convention in the next six months.”

Tracing the origin of the crisis, Bulama said all the organs of the APC collapsed giving rise to problems of all sorts.

“And this, actually and truly, is one of the philosophical and political issues and tensions we are facing in the party. There is no doubt about that. But certainly, the party can withstand this.

“The court cases were triggered by some of these interests some of which are political, some personal. For instance, political ambition, someone thinks that if he takes over the party, he can use it for this purpose or that. He or she wants to secure election in the local government, state, or the national level and use it to his own advantage. This can trigger agitation within the party.

“And this can make people to mobilise, lead to demonstration. They may even go to court or release information to the media direct. All these are interests; some of which are political, economic and even personal are the things that derive agitation and conflict within the party. But the party’s constitution has already provided for conflict resolution.”

He said APC would not break up contrary to the expectations in some quarters.

“There are various people and groups in the party with different needs and aspirations. There are some who want power; there are people who only want empowerment; there are those who want influence, employment; some want respect and acknowledgement. The interests in a party are very diverse and varied

“And when I say these pressures, interests and demands within the 16 million registered members cause no threat to the survival of the party, I am talking with authority.

“I have not seen threats of breakup of this party. But I have seen pressures, tensions to occupy one post or the other especially calls for why is there no NEC, why is there no this and that? I am saying that all the 14 organs had been in comatose.”

He said the party organs had not been functioning well culminating in the stress it was facing.

He said: “The party has 14 organs from the polling unit committee to the national convention. But, you see, in the last two years all these organs have not been activated.

“For instance, the constitution says that the NEC of the party should meet every three months; they have not been meeting. What is responsible for that? The reason is neither Buhari nor Oshiomhole nor anybody. The circumstances in which we found ourselves led to that.

Bulama spoke of efforts made by President Buhari and other APC leaders to persuade Governor Godwin Obaseki to resolve Edo crisis.

He said it was unfortunate that the interventions did not work.

“As a party, we did everything humanly possible to appeal to the feuding sides in Edo State. Obaseki was on one hand and other stakeholders on the other.

“Severally, President Muhammadu Buhari talked to Obaseki and he appealed to all the stakeholders.

The party set up a committee led by the Senate President. Obaseki said he did not want to settle by claiming that the Senate was biased. They sent another team.

“Look, all these options and others were explored but unfortunately all these did not work and it led to a point, regrettably, where Obaseki left the party.”

The Chairman of the Progressive Governors Forum (PGF), Alhaji Atiku Bagudu, also declared that alleged threats by some members of the dissolved National Working Committee (NWC) of the party to challenge the dissolution in court were created by the media.

The chairman of the Caretaker/Convention committee of the party, Governor Mai Mala Buni of Yobe State, is understood to have commenced efforts to reach out to stakeholders of the party to bury their hatchets and rally round his committee to rebuild the party.

Previous: Oshiomole mourns Ajimobi, reveals his last moment with Oyo ex-gov
Next: 2023: We will work with southern group to produce a consensus candidate- Arewa Youths