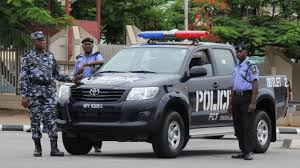 Police operatives have  have taken over the premises of Cross River State House of Assembly.

The latest development follows the  Monday’s announcement by a court that 20 lawmakers have been sacked because of their defection from the Peoples Democratic Party (PDP) to the All Progressives Congress (APC).

The deployed of the security operatives is as a result of the judgment delivered at Abuja High Court by Justice Taiwo Taiwo which sacked 18 law makers from the state and two in the House of representatives for defecting from the PDP to the APC.

The judge while ruling on a suit instituted by the PDP to challenge the lawmakers’ defection, dismissed all the preliminary objections raised by the sacked lawmakers.

The judgement is coming two weeks after Inyang Ekwo of the Federal High Court in Abuja sacked Governor David Umahi of Ebonyi State, his deputy, Kelechi Igwe, along with 15 lawmakers in the state House of Assembly.

Previous: Court to rule on Ayade’s defection to APC on Friday
Next: 2023 Presidency: PDP should choose between zoning and winning- Tambuwal