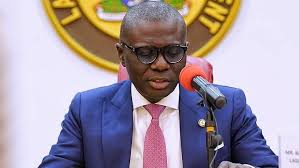 The Governor of Lagos,  Babajide Sanwo-Olu  has declared that his administration has matched words with achievements in the past three years

The Governor made this assertion at  the 3rd Anniversary Thanksgiving Service of his administration, held at the Chapel of Christ the Light, Alausa, Ikeja on Sunday.

The Governor who was represented by Lagos First Lady,  Dr Ibijoke Sanwo-Olu, the Governor expressed gratitude to God that assisted in the steering of the administration in the last three years.

According to him, despite all the challenges, he was able to match words with achievements, especially in the implementation of the T.H.E.M.E.S agenda and other better things promised residents three years ago.

Sanwo-Olu said: ”Despite all the challenges faced in the recent past by this administration, we’re able to record unprecedented achievements as far as the implementation of our THEMES agenda.

”This administration has been able to achieve other lofty programmes we promised Lagosians three years ago. We were able to match our words with achievements.”

The Governor added that his success  was as a result of massive support by all residents and the intercessory prayers by men and women of different faiths.

Previous: Ekiti Guber: How Fayemi made victory of APC possible- Tinubu
Next: Lunatics are in control of Nigerian political offices- Peter Obi