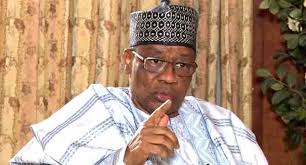 The Reconciliation Committee of the People’s Democratic Party (PDP) on Friday paid a visit with former Military President, General Ibrahim Babangida in Minna.

The Saraki-led Committee had a closed-door meeting with the former military leader which lasted for an hour.

In a chat with newsmen after the meeting, said General Babangida was briefed about the steps taken by the committee so far in reconciling angry individuals within the party.

“We are here as members of the PDP Reconciliation and Strategic committee as part of our nationwide consultation with our leaders which we started at the beginning of the week.

“We planned to start with former Presidents and founding Fathers of PDP. President Babangida is one of the founding fathers of PDP and someone we all respect.

“We briefed him on the steps taken and efforts made in reconciliation in the party. We seek for his support, advice and guidance,” Saraki said.

Saraki enjoined members of the PDP to believe in the Committee and their recommendations adding that they will not allow the recommendation to be tampered with.