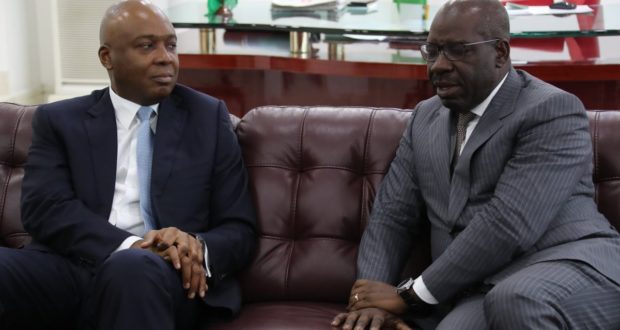 It has been gathered that a former President of the Nigerian Senate, Bukola Saraki, and other leaders of the Peoples Democratic are making move to manipulate the forthcoming Edo governorship election in favour of the party.

Saraki and others allegedly mounting intensive pressure on the Chairman of the Independent National Electoral Commission, Prof Mahmood Yakubu, to help them ‘deliver’ the state for PDP, SaharaReporters reports.

A source in the know said that Saraki recently reached out to the INEC Chairman through the PDP Deputy National Chairman (North), Suleiman Nazif, on how the election can be rigged in favour of the party.

Nazif, an indigene of Bauchi State, served as Chairman of the Committee on INEC in the 8th Senate.

Despite the pressure, the source said Prof Yakubu insisted that he won’t be involved in manipulation of results to favour any party.

“Senator Suleiman Nazif, a former Senate Committee Chairman on INEC, has been sent to him by Bukola Saraki on several occasions but he maintained that he can’t get himself involved,” the source said.

Incumbent governor of Edo State, Godwin Obaseki, is seeking a second term in office on the platform of the PDP after he was disqualified from contesting the primary of the All Progressives Congress where he was a strong member before now.

Obaseki’s main challenger for the September 19, 2020 governorship election in Edo is Osagie Ize-Iyamu of the APC.

Ahead of the highly anticipated contest, both PDP and APC have continued to accuse each other of plot to manipulate the exercise in favour of their respective candidates.