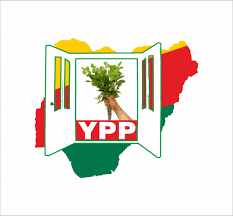 Scores of APC members dump party for YPP in kwara

Many All Progressives Congress (APC) members under the auspices of ‘Kwara state Third Force’ (KSTF) have officially defected to Young Progressives Party (YPP).

The defectors in June cited alleged exclusion of many party members from participating in the membership registration and revalidation by the Governor AbdulRahman AbdulRazaq administration for opting out of APC.

They also cited the inability of the Kwara APC to demonstrate fairness, equity and provision of level playing field for every member of the party.

Addressing reporters in Ilorin, the state capital, Third Force Coordinator in the state AbdulFatah AbdulRahman alleged the undemocratic way “the APC ward congresses were recently conducted are a clear indication of an imminent collapse of the party in the state.

“The aspiration of Kwarans for good governance and overall development of the state cannot be achieved under APC with the existing conditions.”

Read Also: Quit if you can, APC youths dare Goje
Alhaji AbdulRahman, former APC chairman, Kwara central added the “above development has given cause for our collective decision to look for an alternative, viable political platform where every individual can participate fully in our state’s democracy.

“We have reached out to all existing registered political parties in Nigeria. Not only that, we equally scrutinized each party to ascertain its suitability in consonance with the hopes and aspirations of the people.

“On the strength of this, I am pleased to announce that it is the collective decision of all members of the Third Force to join YPP. It is the only political party that has had the foresight to realize that

Nigeria’s teeming young population, which is in the majority, are frustrated and have a burning desire to be hard.

“We humbly appeal to all well-meaning political stakeholders and youth in the state to join us build a formidable platform that will stand the test of time.”

Receiving the defectors, YPP chair in the state Charles Afolayan said is a truly progressive party that can bail the country out of all the current myriad of conundrums.

Previous: Quit APC if you want to go- Group dares ex-gov Goje
Next: 2023: Top religious leader reveals identify of those ganging up against Tinubu