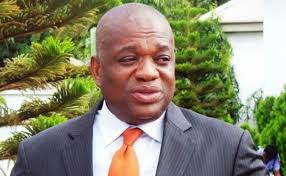 Senator Orji Uzor has described the  insecurity in the Southeast as unfortunate.

According to him, the impasse was not beyond a discussion that could restore peace and tranquility in the region.

He stated that  the situation can be solved  through pacification of the people of the Southeast, stating that a committee should be set up to interact with the aggrieved.

Speaking during an interview with journalists at the National Assembly on Wednesday, he insisted that President Buhari as a father of the nation should look into the grievances of the people of the Southeast with passion.

He maintained: “My position has always been that Buhari is the President of the Federal Republic of Nigeria and he is a father. As a father, the President should look passionately towards that Southeast.

“There is nothing special about people not being listened to. Buhari is the president of Nigeria. The problem can be solved not by political means and the South East governors should do more than they require. I was a governor and not just a senator. Governors should interact more with the people, as it’s not just the work of the President.

He tasked Governors to be doing all they could to ensure peace, but should show commitment, instead leaving security issues to President Buhari.

“Our governors should do more, the President being the father of the nation. They might have some good children, some bad children. In the kingdom of a.King, you may have all kinds of people, so I want the President to look passionately into that area.

“Let him look back as a father of the nation and see how he can set up a small Committee and pacify the area, because this country needs unity more than anything that we needed.

“Without unity, those who are planning to run for House of Assembly election, Senatorial election and Presidential election are going nowhere. So it’s a thing that the president as a father and the people of the Southeast should sort themselves out.”