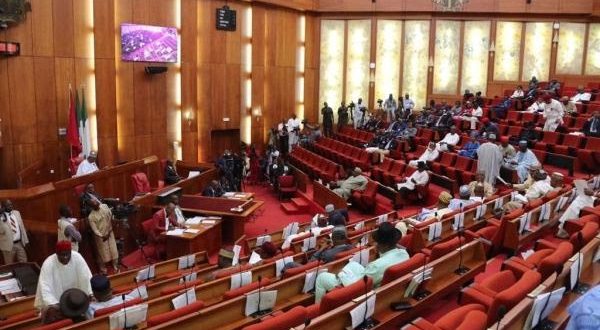 A Bill being proposed in the Senate which seeks to amend the Constitution and set up tribunals to handle all pre-election and post-election matters, scaled second reading on the floor of the Senate on Wednesday.

Following the development, all election matters henceforth move from the tribunals to the appellate courts if the Bill is passed by the National Assembly and assented to by the President.

Also on Wednesday, four Bills sponsored by the Chairman, Senate Committee on the Review of the 1999 Constitution and the Deputy President of the Senate, Ovie Omo-Agege, seeking to alter the Constitution were passed for second reading in Senate.

The Finance Act (amendment) Bill, transmitted to the National Assembly on Tuesday by President Muhammadu Buhari for consideration and approval, also scaled second reading on the floor during plenary on Wednesday.

Senator Abdullahi, in his lead debate, noted that the Bill seeks to, among other things, amend certain tax provision of the Finance Act 2019 and other relevant tax statues to make them more responsive to the tax reform policies of the Federal Government, to enhance their implementation and effectivenes.

A Bill seeking Financial Autonomy of Local Government Councils, sponsored by Senator Baba Kaita Ahmad and another one seeking to give local government councils direct control of their finances, were also passed for second reading.

Others are, a bill to make Right to Food and Food Security in Nigeria, a bill seeking to provide immunity for members of the legislature in respect of words spoken or written at Plenary Sessions or Committee proceedings and institutionalise legislative bureaucracy in the Constitution, among other, also passed second reading in the Senate.