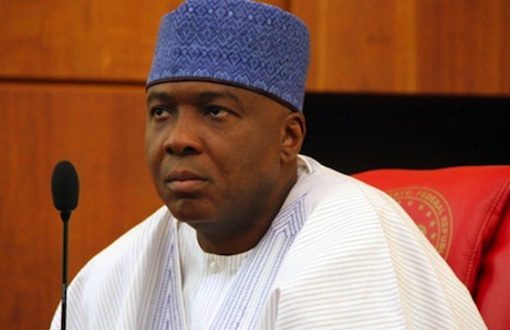 Senate to probe face-off between EFCC and SSS

The National Assembly’s oversight function is back in action!

And, the Senate has set up a Committee to investigate the recent confrontation that occurred between armed operatives of the Economic and Financial Crimes Commission, EFCC and the State Security Service, SSS.

The Senate President, Bukola Saraki, said the eight-member Committee will be chaired by Francis Alimikhena.

The Senators had earlier condemned the face-off between the Security Agencies.

Officials of the SSS and the EFCC were involved in a showdown on Tuesday when the anti-graft operatives attempted to arrest the immediate past Director General of the SSS, Ekpenyong Ita.

A similar scenario also played out when SSS operatives prevented the anti-graft agency from arresting the former Director General of the National Intelligence Agency, Ayo Oke.

The Senate also set up an ad-hoc Committee to look into the rising state of insecurity in the country.

Previous: Wife of former PDP Chairman joins APC, says ‘i know people will question me’
Next: Some supporters of Jonathan wanted a coup to stop Buhari – Abdullahi