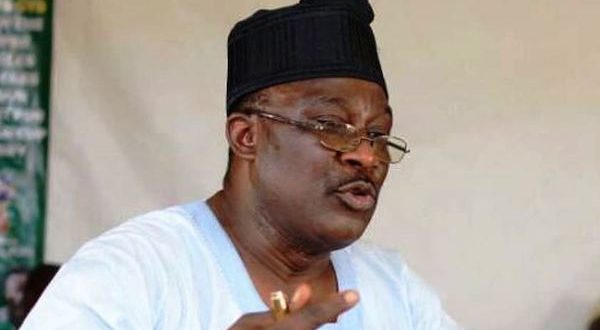 Senator Smart Adeyemi has made a surprise remark, arguing that military era is better than this present democracy

He added that the system of democracy being practiced in Nigeria currently has been criminalized.

He stated this while making contributions to “a bill for an Act to establish the National Electoral Offences Commission and for Other Related matters.”

Adeyemi gave instances how hooligans emerge as leaders, noting that the situation has painted Nigeria’s democracy in bad light to the extent that people look at all politicians as criminals.

In his words: “Mr. President, when people of questionable character become leaders, then what is the future of that country. In fact, I am compelled to say, military era is better than Nigeria’s democracy currently.

“When you talk about maladministration and misappropriation of public funds, it emanates from people who have criminal records, people who have no background were elected or forced themselves into power.

“Mr. President, this is one of the best bills that we must all support.

“We are living witnesses to bad governance and bad representation in parliament. We must support this bill to bring good people into power, not charlatans, not ragamuffin.

“People who have criminal records come to the National Assembly to make laws.

Reacting to the statement, Senate President, Dr Ahmad Ibrahim Lawan said, military era was not preferable to democracy as posited by Senator Adeyemi.

He said that the Kogi lawmaker was entitled to his opinion, saying that he made the comment in his personal capacity.

“The position of this chambers is that democracy is better than military era and Senator Adeyemi is entitled to his opinion”, Senate President noted