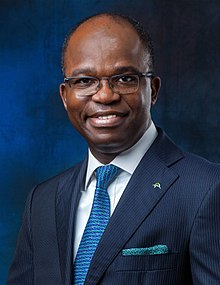 Senatorial by-election: How I will impact the lives of my people if I win- Abiru

The All Progressives Congress (APC) candidate in the Lagos East Senatorial bye-election, Tokunbo Abiru has revealed how he would provide dividends of democracy if elected.

According to him, he empower the youth and women in his constituency if he wins.

The former banker made this known in a statement on Saturday that empowerment of youths and women would be a major focus.

He added that his wealth of experience in the banking sector for over three decades as would help him to improve the lots of youths and women.

“If am elected your Senator for Lagos East, I will leverage my experience of over three decades as an economist, chartered accountant and banking executive, who has worked in exemplary institutions.’’

He  said he would provide quality representation, if elected and to ensure that character and values would be his hallmark

He lauded the“patriotic youths for demonstrating exceptional commitment during the peaceful EndSARs protests across the country’’.