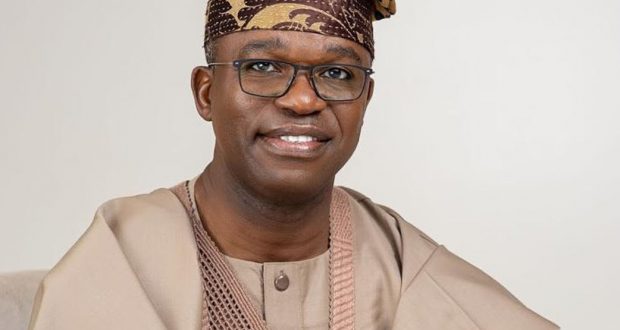 The All Progressives Congress (APC) Monday urged a Federal High Court in Lagos to dismiss a suit seeking to disqualify its candidate, Tokunbo Abiru, from the bye-election to fill the Lagos East Senatorial seat.

Mr. Abiru is vying to replace Senator Bayo Osinowo, who died on June 15, reportedly following complications from the Coronavirus.

But his eligibility is being challenged by the People’s Democratic Party (PDP)’s and its candidate in the poll, Babatunde Gbadamosi, who are first and second plaintiffs respectively.

The Independent National Electoral Commission (INEC), Abiru and the APC are the first to third defendants respectively in the suit marked, FHC/L/CS/1361/2020.

The PDP and Gbadamosi are praying for Abiru’s disqualification on the grounds that he allegedly has two Permanent Voters cards, and that he is neither from nor registered to vote in the Lagos East Senatorial District.

The bye-election, scheduled for last Saturday, was postponed by INEC following the near nationwide #EndSARS protests. A new date is yet to be fixed.

But when the case was case was called yesterday, counsel to the APC Mr Kemi Pinheiro SAN urged Justice Chuka Obiozor to dismiss the PDP’s suit on the ground, among others, that it was statute barred.

He informed the court that he had filed a counter affidavit and preliminary objection establishing that the case is statute barred.

According to averments in the defendants’ preliminary objection, by virtue of Section 285 (9) of the Constitution, every pre-election matter ought to be commenced within 14 days of the date of the occurrence of the event or action complained about.

The defendants contended that the acts complained of in the suit all occurred on or before September 11th, over the period of 14 days prior to the commencement of the suit.

“Having not commenced this suit within 14 days of the occurrence of the actions complained of, this suit is statute barred.”

They further argued that Abiru’s residency or indigene status are not recognized grounds upon which he could be disqualified from contesting an election.

In another instance, they canvassed the point that “The mode and manner in which a grievance regarding double voter registration can be ventilated have been well captured in the Electoral Act to be by a criminal charge.”

Pinheiro thus contended that the suit was “incompetent, discloses no reasonable cause of action” and that the court lacked jurisdiction to hear and determine the same.

He prayed for an order staying the hearing of any other application pending the determination of the notice of preliminary objection and an order striking out and/or dismissing the instant suit for want of jurisdiction.”

Responding, PDP counsel Mr. Ebun-Olu Adegboruwa SAN informed the court that he had filed an Originating Motion but needed to file a response to the defendant’s preliminary objection.