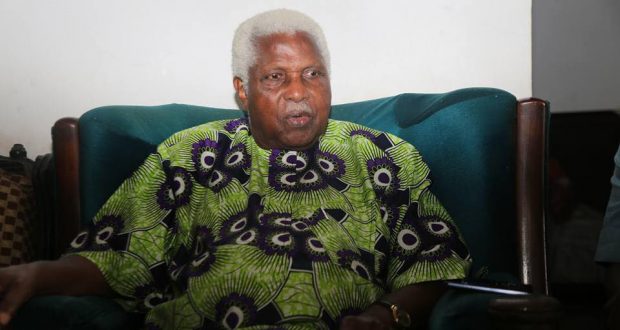 The Federal Government has inaugurated a National Burial Committee headed by Boss Mustapha, Secretary to the Government of the Federation (SGF) for the burial of late former Vice President, Alex Ekwueme.

The Senior Special Assistant on Media and Publicity to the Vice President, Laolu Akande made this known when he briefed State House correspondents on the outcome of the meeting of the National Economic Council (NEC).

The meeting was presided over by VicePresident, Yemi Osinbajo.

Akande said Mustapha revealed this information to the members at the NEC meeting.

According to the Presidential Aide, the Committee is being chaired by Mustapha while the Anambra State government and the Ekwueme family will be fully involved in the burial activities.

Previous: REC: Two Senators from Zamfara disagree on Senate’s rejection of nominee
Next: Nigerians are hopeless because successive leaders have neglected them – Obi