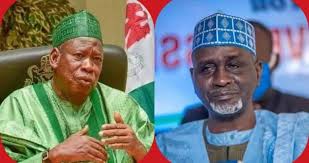 This developments confirmed on Tuesday via a terse statement on the official Twitter account of the NNPP.

The statement, which reads: “Finally: Sen Ibrahim Shekarau Join Us”, was shared alongside a photo of Senator Shekarau and Senator Ibrahim Kwankwaso.

It will be recalled that there had been some back and forth about Shekarau’s planned defection to the NNPP, with some power brokers in the APC said to be negotiating with the former governor not to leave the ‘broom party.’

However, Senator Rabiu Kwankwaso has been at the helm of the move, working to ensure Shekarau’s defection from the APC to the NNPP.

On Sunday, Kwankwaso stormed the residence of Shekarau in Kano to work out details of the defection.

Previous: Tinubu may dump APC for SDP if primaries go against him- Source
Next: Osun Poll: Police CP warns political parties, asks them to play by the rules