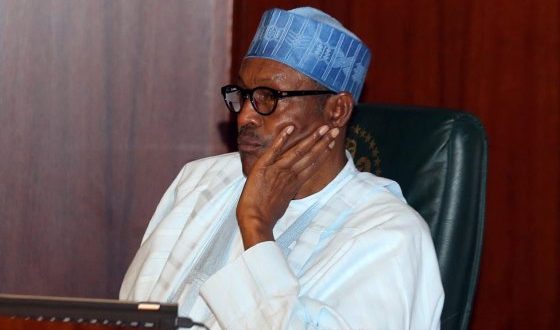 Sitting Presidents, others may lose immunity as Senate moves to amend constitution

Sitting Presidents may no longer enjoy immunity in criminal matters if the amendments being debated upon in the Senate on1999 Constitution succeeds.

Also affected are the the Vice Presidents, Governors and their deputies in the impending amendment.

This followed the second reading of a Bill titled: “A Bill for an Act to alter the provisions of the Constitution of the Federal Republic of Nigeria, 1999 to qualify criminal liability for certain public officers under Section 308” sponsored by the Deputy Senate President, Ovie Omo-Agege.

The explanatory memorandum of the Bill stated that: “This act provides for qualification of the immunity clause to exclude immunity for Public Officers referred to in Section 308 from criminal liability where the offence involves misappropriation of funds belonging to the Federal, State or Local Government and also the use of thugs to foment violence.”

Section 308 of the 1999 Constitution (as amended) reads: “(1) Notwithstanding anything to the contrary in this Constitution, but subject to subsection (2) of this section –

“(a) no civil or criminal proceedings shall be instituted or continued against a person to whom this section applies during his period of office;

“(b) a person to whom this section applies shall not be arrested or imprisoned during that period either in pursuance of the process of any court or otherwise; and

“(c) no process of any court requiring or compelling the appearance of a person to whom this section applies, shall be applied for or issued:

“Provided that in ascertaining whether any period of limitation has expired for the purposes of any proceedings against a person to whom this section applies, no account shall be taken of his period of office.

“(3) This section applies to a person holding the office of President or Vice-President, Governor or Deputy Governor; and the reference in this section to “period of office” is a reference to the period during which the person holding such office is required to perform the functions of the office.”

The proposed Bill provides that a President, Vice President, Governors and Deputy Governors shall lose their immunity if they are investigated by security and anti-graft agencies, including the courts.

The Bill said in part that: “Section 308 of the Principal Act is altered by (a) Substituting for subsection (2), a new subsection “(2)” –

“(a) to civil proceedings against a person to whom this section applies in his official capacity or to civil or criminal proceedings in which such a person is only a nominal party; and

“(b) to persons who hold the office of Vice-President, Governor or Deputy Governor, if it is determined either by the Economic Financial Crimes Commission, Independent Corrupt Practices Commission, Nigerian Police and State Security Service through a collaborative investigation that the said person is indicted by a court of competent jurisdiction for:

“(i) Financial misappropriation of funds belonging to the Federal, State or Local Government; or

“(ii) Sponsoring of thugs to perpetrate violence that cause injury or death of political opponent, a member of his family, agent or personal representative

Previous: LG Election: Why States Electoral Commission must be scrapped- Don
Next: “Gov Uzodinma planning to arrest my supporters, cause mayhem,” Ihedioha cries out