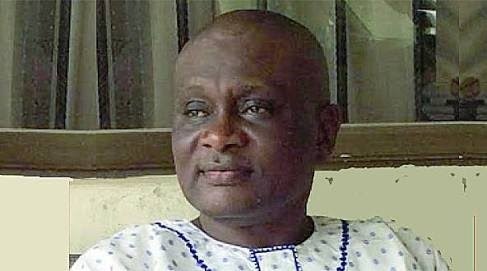 Soji Adagunodo is the authentic PDP Chairman in Osun-Court

The National Working Committee in October 2020 had ratified the removal of Soji Adagunodo as the chairman of the party following a vote of no confidence passed on him.

A statement by the party’s National Publicity Secretary, Mr. Kola Ologbondiyan directed that Hon. Sunday Bisi to take over as the chairman of the party.

The counsel to Adagunodo, Edmund Biriomoni in a motion experte with suit number HIK/25/2020 filed before Justice Saka Falola sought for seven reliefs from the respondents namely; PDP, Mr. Sunday Bisi (incumbent chairman of the party), Mr. Sunday Akanfe and Prince Bola Ajao to reverse the removal of the plaintiff.

The motion exparte moved read in part, “AN ORDER of Mandatory interim Injunction of this Honourable Court restraining and/or reversing the removal of the plaintiff/Applicant as Osun State Chairman of the People’s Democratic Party the Defendants/ Respondents by themselves, agents, servant or privies pending the final determination of the Motion on Notice.”

In the ruling of the presiding judge, Justice Saka Falola said, “I am convinced that the plaintiff has made out a good case, sufficient enough to grant him the prayers contained in the motion exparte for mandatory interim injunctive order. The effect of this is that the plaintiff, Hon. Adesoji Adagunodo shall return to the office and resume duty as Chairman People’s Democratic Party, Osun State with full rights and privileges forthwith.”

The party, PDP, reacting to the ruling of the court through the Director of Media and Publicity, Oluwabamiji Oladele said, “The party is studying it already. The legal department of the party is studying the issue and appropriate steps will be taken.”

Previous: Trump vs Biden;: Tght race in key states as results trickle in
Next: Just in: Trump accuses Democrat of electoral malpractices