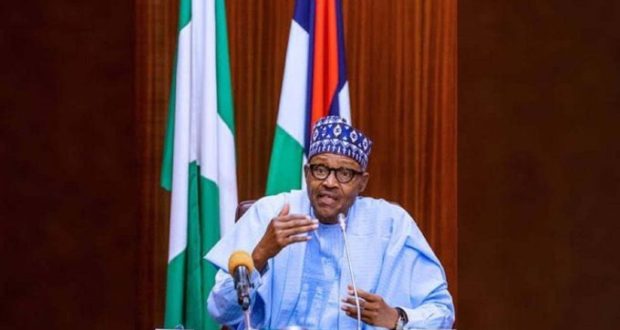 President Muhammadu Buhari has criticized his administration, saying that some political office holders are abusing the trust put on them.

Buhari made this known in a message to Nigerians shortly after performing the Eid prayers with his family the State House, Abuja on Friday.

He promised to uncover all corruption cases in his administration.

The President also said that he would fully investigate all past and present corruption cases.

“On the issue of corruption, all past and present cases will be fully investigated.

“This is why we put the commission (of investigation) in place. There has been abuse of trust by people trusted by the previous administration and this administration,” he said.

Speaking further, Buhari warned against the vandalisation of oil pipelines in oil-producing areas, which often results in environmental pollution.

He said those, who are blowing pipelines and interfering with the production of petroleum products, are hurting their people more than the rest of Nigerians because the majority of their people were fishermen and farmers.

“If they pollute the land and the waters, the fish goes into the deeper sea where the people cannot go and they cannot grow anything.

“They are hurting their immediate communities more than any other thing,” he added