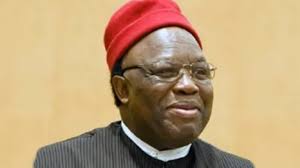 Governors of the South-east states have pledged to cooperate with the new President General of Ohanaeze Ndigbo, Prof. George Obiozor.

It will be recalled that the ex-diplomat emerged victorious after defeating two other contestants in the election held yesterday in Owerri.

Speaking before the election, South-east Governors’ Forum Chairman, Gov Dave Umahi  commended the outgoing President General, Nnia Nwodo, for conducting a successful election in spite of the efforts of some enemies

Acccording to Umahi,  South-east governors endorsed the process and would stand by the outcome of the election.

He said that there is need for b the incoming executive to continue to let the same spirit of love for Ndigbo to linger.

The governor added that they should continue to fight for the unity of Nigeria as that according to him, will benefit Ndigbo more.

He noted that  the ove for Ndigbo comes first before political party. We don’t care what people say about that.”he said

Imo State Governor, Hope Uzodimma, thanked South-east governors for the great role they have been playing in the unity of the people.

“My happiness is because Igbos are together against the wishes of some people who don’t wish us well.

“We’ve always come first in everything. Why we are behind is because the spirit I’m seeing here today was absent. We must go back to history to find our roots,” Uzodimma added.

Previous: “Stop crucifying me decamping to APC,” south east politicians warn PDP
Next: APC is failing because Tinubu, Buhari have turned themselves to gods- Lamido 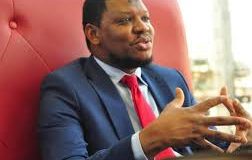