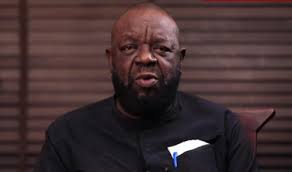 Nnamdi Kanu’s lawyer,, Aloy Ejimakor, has asked politicians in the southeast to jettison their ambition to run for political offices in the 2023 general elections.

Speaking via his tweet on his verified Twitter handle, he urged citizens of the geopolitical zone to focus on restoring peace in the region.

According to him,  if the security situation fails to gain appropriate attention from the leaders, there would be nobody to vote during the elections.

He stated this while reacting to alleged unlawful activities of law enforcement agencies in some parts of the region.

He said, “Dear #Ndigbo, especially the politicians: Why are you talking about the 2023 Elections & not the rising violence & injustice in Southeast?

“Plus the militarization of the South East? Who will vote for you? The thousands that are either in jail or dead? #MNK”.