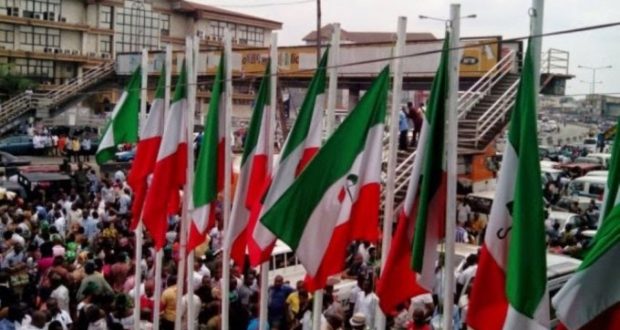 State of the Nation: PDP puts all political activities on hold

The Peoples Democratic Party (PDP) has suspended all its political and electioneering activities.

The party disclosed this in a statement issued by its National Publicity Secretary, Mr Kola Ologbondiyan, in Abuja on Friday.

Ologbondiyan said that the decision was a further mark of honour for Nigerian youths who were killed at the Lekki Toll Gate as well as other killings that had occurred in various parts of Nigeria over the fall-out of the #EndSARS peaceful protests.

The PDP had earlier on Thursday night directed that its flags in all its offices nationwide be flown at half-mast in solidarity with the mood of the nation at the trying time.

Ologbondiyan also commended the decision of the Independent National Electoral Commission (INEC) to postpone pending 15 by-elections earlier scheduled for Oct. 31, due to the situation in the country.

The News Agency of Nigeria recalls that INEC on Wednesday postponed indefinitely the by-elections in six senatorial districts and nine state constituencies in 11 states.

The commission stated that it would continue to monitor the situation in all the concerned States and constituencies, consult with relevant stakeholders and meet again in two weeks to review the situation and decide on a feasible date for the by-elections.

Ologbondiyan said that: “although such comes at high cost to candidates and political parties, we hold that it is a step in the right direction under the prevailing circumstance.

“In that regard, the PDP charges INEC to continue to monitor the situation and use the period to fine-tune its preparations to conduct peaceful, free, fair and credible elections as part of the much-needed panacea for the restiveness in the country. ”

He urged security agencies to also use the period to perfect their roles in electoral operations.

He also called on them to tidy up all arrangements to guarantee the right atmosphere for peaceful and transparent polls where the safety of the voters as well as the sanctity of the ballot box are guaranteed.

“The PDP also restates its call for calm and prayers for our nation at this critical time in our national life, even as all hands must be on the deck in finding solutions and the way forward for our nation

Previous: Our 21 Assembly members in Bauchi not decamping to PDP- APC
Next: PDP knocks Kwara State govt for breakdown of law and order