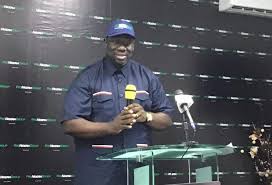 Stop Collecting Money from Politicians, You Will Suffer for it- PNG Convener Advises Nigerians

The convener of the Pro-Nigeria Group PNG, Lai Omotola, has identified lack of knowledge as one of the major problems bedevilling Nigeria as the country marks its 61st independence anniversary.

Omotola, who is also Director of the Center for Institutions Reform in Nigeria, CIRN, decried the unwholesome practice whereby the electorate collects money from politicians during campaigns, warning that it’s a malady that poses a danger to the development and progress of Nigeria.

He made these remarks while featuring in an interview session with Bond FM, Lagos on Saturday

According to him, as the country celebrates its 61st independence anniversary, Nigerians need to sit down and have constructive dialogues and discussions with a view to charting a new course for the country and having a brighter future.

He said: “We didn’t go to war to get independence like some countries did. We got it easily without going to the battlefield. It was an easy process that we achieved through constant dialogue with the colonial rulers

“What we need is knowledge to
solve the present challenges facing our pluralist country. Lack of knowledge is one of the factors militating against the progress of Nigeria,” he said.

He added that the country is where it is today because many of those running for the position of presidency and other vital politiical positions don’t know what to go and what to do there; all they need is to win the election.”That is one of the problems of leadership in Nigeria,” he laments

Omotola continued that the leadership problem can be fixed if the followers stop collecting money and other material things from the politicians during the election campaign.

He added that people should scrutinize politicians seeking elective positions for what they want to do and the methods by which they want to achieve them.

“This is what the electorate needs to be engaged in, not to be collecting money from politicians. That is why I said what Nigerians need is knowledge.

“People don’t know that they (electorate) will pay back the money the politicians are giving them. The politicians will first of all recover the money they spent during the campaign.They will do this through looting and later by increasing taxes.

“In advanced nations, politicians don’t give money to people. It is the electorate that donates money to politicians who have good electoral manifestos. So, we should tell our people to stop collecting money from politicians because they are the ones that will suffer because of it, “he warned.

Speaking on the reason why Nigeria should continue to be one, he said that if the country should break, it could split into about 40 different nations.

He said that the government should know that those clamouring for the break up of the country are angry because of the massive suffering in the land.

Omotola stressed that the Pro-Nigeria Group, PNG, is not affiliated with any political group, but a neutral body that wants to serve as a bridge-builder between the government and the people.

Previous: Why I directed those seeking elective positions to resign- Ortom
Next: Tinubu: I am healthy, just undergoing gruesome physiotherapy