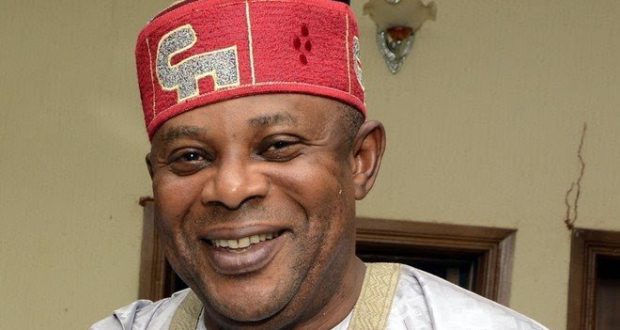 A member of House of Representatives from Lagos, James Faleke, on Monday, has urged all warring factions in the All Progressives Congress (APC) to sheathe their swords.

Faleke, in a statement in Abuja, urged those plotting to remove Mr Adams Oshiomhole as the APC National Chairman, to rather focus on major issues facing the country.

He advised APC governors as well as leaders and members of the party not to take punitive action, but allow the matter to rest to give the president a very peaceful environment to operate.

Falake, a former Lagos State Director for Buhari/Osinbajo Campaign Organisation, pleaded with party stakeholders not to do anything that would worsen the crisis in the party.

The third term member of the Green Chamber assured that plots to destabilise the APC by detractors would not succeed.

Read Also: Inside the battle to unseat Oshiomhole
“More than 80 per cent of the House of Representatives members are with the APC national chairman. I can tell you that what the detractors want for APC will not happen.

“What I expect is for all of us to give the president a very peaceful environment to operate.

“We have so much security issues bothering us now and I think that should be paramount in the minds of every governor and every member of this administration.

“The price of crude oil in the international market has just dropped from $57 per barrel used as the benchmark in the 2020 budget to $31 per barrel.

“This should give serious concern to the party leaders and the governors whose main source of revenue that they come to share in Abuja every month is from oil.

“Without the oil revenue, all the programmes of the states and the country will not materialise. Payment of salaries may also no longer be visible,’’ he said.

The lawmaker expressed the regret that, rather than showing concern for this dwindling fortune, some people were busy fighting over party matters that would not put food

Previous: APC has not been factionalised, spokesman says
Next: APC Chieftain to Oshiomhole: Resign now, Tinubu can’t save you from humiliation