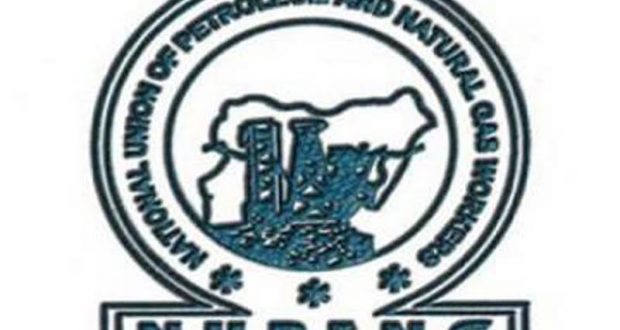 The nationwide strike called by the United Labour Congress of Nigeria commenced on Monday and led to the shutdown of fuel depots in Apapa, Lagos and other parts of the country, threatening the supply of petroleum products to filling stations.

One of our correspondents gathered that oil workers under the aegis of the Nigeria Union of Petroleum and Natural Gas Workers were partaking in the strike.

The Executive Secretary, Depot and Petroleum Products Marketers Association, Mr. Olufemi Adewole, said, “We got to our offices and we saw that they (NUPENG members) were not working.”

He said the shutdown of the depots would affect the supply of petroleum products once the stock in filling stations dried up.

“We hope the Federal Government will call them and speak to them so that the problem can be resolved speedily,” he added.

Adewole noted that prior to the commencement of the strike, some of the association’s members were not loading petroleum products because of the debts owed them by the government.

He said, “So many of them have been driven out of business; we are hoping that the government will pay us so that we can start working. If there is no money to trade and the workers are not working, definitely they cannot be paid.

“We will have to lay them off instead of retaining them and incur debts every month until the government pays us so that we can come back to business.”

An official of an independent marketing company in Lagos stated that if the strike continued till Thursday, there would be scarcity of products as many filling stations would begin to run out of fuel stock.

“No depot is working now. The ULC set up surveillance teams who are parading all the depots to see if anyone is working,” he added.

The South-West Chairman of NUPENG, Alhaji Tokunbo Korodo, said, “We are part of the ULC and we are on strike since morning. There is no loading at depots nationwide. We voted the government into power and let us join hands together to talk to them when it is appropriate.”

Meanwhile, the Federal Government has invited the executive of NUPENG workers to a conciliatory meeting, which is expected to hold today (Tuesday).

“Towards apprehending the ongoing industrial action embarked upon by the NUPENG workers, the minister has scheduled a crucial conciliatory meeting with the president and executive of NUPENG on Tuesday,” the statement read in part.

The Nigerian National Petroleum Corporation asked members of the public not to engage in panic buying of products, adding that it had more than 1.6 billion litres of Premium Motor Spirit in stock, enough to last for 48 days.

It also said it had in stock sufficient quantities of Automotive Gas Oil or diesel, Dual Purpose Kerosene and Aviation Turbine Kerosene to serve the country.

He added that the government was working hard to arrive at an amicable resolution of outstanding issues with the concerned industry unions.

The ULC had said it hoped to cripple all modes of transportation within the nation, cause total blackout nationwide, cut-off petroleum products supplies, and disrupt banking operations.

Its demands comprise the ban on the stationing of the soldiers and policemen in its members’ workplaces and factory premises; establishment of a task force by the Federal Ministry of Labour to carry out factory inspections; immediate review of the privatisation of the Power Holding Company of Nigeria; and immediate payment of all the arrears of salaries owed workers at all levels of government.

The ULC President, Joe Ajaero, while assessing the impact of the strike on Monday, said, “We urge all Nigerians to bear with us as this is a necessary sacrifice we all must make to assist those in government to be more responsible and responsive to the demands of Nigerian workers and masses.

“We urge the patriots, who are working behind the scene to get the matter resolved, to put pressure on the Federal Government to listen to Nigerian workers and the masses, whom it claims to lead. That is the only way we can get this matter amicably resolved.”

The ULC issued the strike notice following the government’s failure to recognise the body as a labour federation despite allegedly fulfilling all conditions stipulated by law.

According to it, the failure of the government to recognise the group violates the constitution of Nigeria, which guarantees freedom of association, as well as the Trade Union Act.

However, aviation unions affiliated to the ULC shunned directives to shut down the Nigerian airspace.

Normal flight operations by airlines were observed at both the international and domestic wings of the Murtala Muhammed Airport, Lagos.

The General Secretary, NUR, Mr. Segun Esan, said, “Not all railway workers might have joined the strike on Monday, but as the days go by, there would be full participation and compliance.”

However, normal operations took place in banking halls across the country despite the claim that NUBIFIE had joined the strike, while normal train services operated in Lagos and other major cities.

Meanwhile, the President of the Nigeria Labour Congress, Ayuba Wabba, and his counterpart at the Trade Union Congress, Bobboi Kaigama, described the ULC as an illegal body.

In a statement jointly signed by Wabba and Kaigama, they said that the Federal Ministry of Labour and Employment had acted within the confines of the law by not registering the ULC and the affiliates it put forward.

They said, “No unregistered organisations or individuals can hold our dear country to ransom.

“We urge the Federal Ministry of Labour and workers to discountenance the threats of this illegal association. The ministry must be steadfast in upholding the laws governing trade union practice in the country.

“Finally, our colleagues are still members of the labour family, in unity lies our strength. We once again extend our hands of comradeship and urge them to return to the fold.”