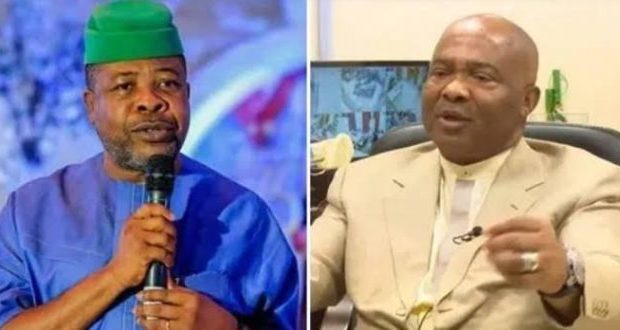 As the Supreme Court’s hearing come up tomorrow, the camp of the sacked Imo State Governor, Emeka Ihedioha of the Peoples Democratic Party (PDP), is upbeat of   getting justice.

At the first hearing in his suit against the judgement which installed Hope, Uzodinma of the All Progressives Congress (APC) as Imo governor, the court adjourned hearing to March 2.

Ihedioha, through his lawyer and former Attorney General of the Federation and Minister of Justice, Kanu Agabi (SAN) wants the court to remove Uzodinma from office.

According to Daily Post, Ihedioha’s special assistant on new media, AIC Akwarandu said  that they expect that the apex court will be fair.

“We are confident that Justice will be done in the matter. The issues are very clear, ranging from mathematical imbalance to issues of geographical spread to other salient issues”, he said.

“The Supreme Court has another opportunity to prove to Nigerians, who are all watching that, indeed the court is the last hope of the common man. We believe Ihedioha will be declared winner.

“Ihedioha has conducted himself in the best manner during this period. No violence attack on anybody, no riot. He strongly believes in Nigeria and the fact that justice can be done in this country.”

The same panel will hear the application by Zamfara APC, challenging the governorship election judgement in favour of the PDP and Governor Bello Matawalle.