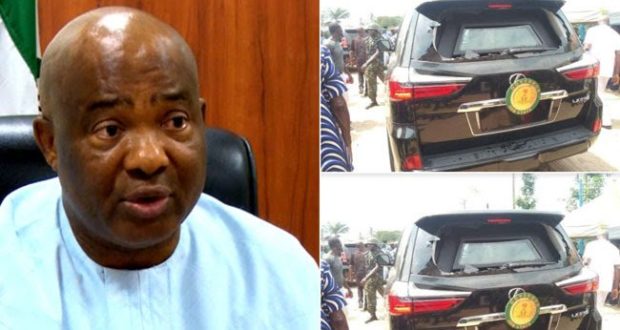 It was learnt that the unfortunate incident occurred at Ohaji area of the state.

Uzodinma’s bulletproof vehicle was damaged as they threw bottles and sticks at the convoy.

The governor could not attend the function he went for at Ohaji.

His security details stopped him from alighting from his vehicle due to the tensed atmosphere.

The operatives then made a detour and whisked Uzodinma away to safety.

Meanwhile, ​former Imo governor, Emeka Ihedioha of the People’s Democratic Party (PDP) has spoken on the Supreme Court reaffirmation of Uzodinma as the duly elected governor.

​The apex court, last Tuesday, dismissed Ihedioha’s application which urged it to review its earlier judgment in favour Uzodinma.

Ihedioha, in his reaction, quoted the words of the late journalist, Dele Giwa, that “No evil deed will go unpunished”