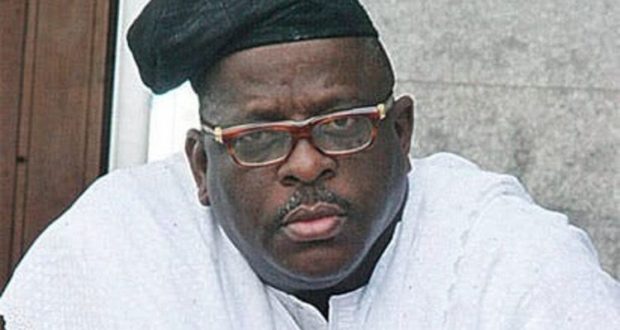 Senator Buruji Kashamu died on Saturday due to COVID-19 complications at a Lagos hospital.

Below are some things you should know about the late senator:

2. Kashamu was the Ogun State governorship candidate of the Peoples Democratic Party in the 2019 election.

3. He was indicted for conspiracy to import and distribute heroin in1998 by a grand jury in the Northern District of Illinois, US.

4. On December 18, 1998, the UK’s Metropolitan Police arrested Kashamu, who was travelling with a Benin passport.

5. He returned to Nigeria in 2003 from Britain after a British court refused a US extradition request over uncertainty about Kashamu’s identity.

6. Kashamu had told the court that he was not the leader of the drug-smuggling conspiracy but his brother, Adewale Kashamu, who he closely resembles.

7. 1n 2015, there was a stand-off at his residence after the National Drug Law Enforcement Agency attempted to arrest him for extradition to the US.

8. A federal high court in Abuja in May 2020, barred the FG from extraditing him.

9. He sued former president, Olusegun Obasanjo, for libel for stating that Kashamu was a fugitive from US justice.

10. Kashamu was the founder of Western Lotto Limited, one of Nigeria’s lottery operators.