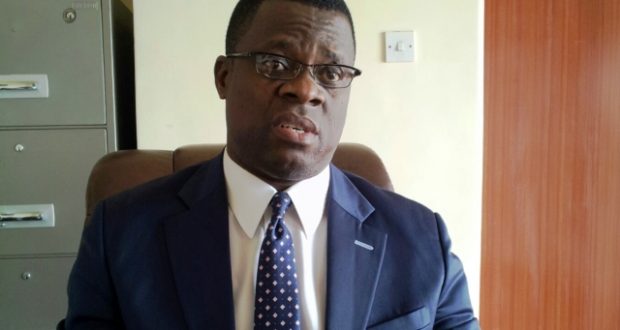 The electorate does not trust INEC staff, says REC

“Work hard to earn public trust ahead of 2019 elections.”

Igini gave the advice in Uyo at the end of a tour of INEC local government offices in the state.

The REC, who reported for duty in the state since September, noted that he had observed a sad trend all over the country, that the electorate does not trust INEC staff.

“Before my posting to this state, the Commission has been doing so much in the course of preparing for the 2019 elections.

“I have now come to join all of you to help make that preparation. There is a strong need for change or re-orientation of the mindset of INEC staff as it will no longer be business as usual.

“No election can be credible where people believe that votes are sold and bought and election outcomes do not reflect the wishes of the people as expressed at the polling units.

“INEC staff must earn public trust and confidence, as these are bedrock principles that underpin a credible electoral process.”

Igini advised all staff members to create and sustain an environment of trust, openness and inclusiveness.

“The perception of impartiality on the part of INEC staff lends credibility to the Commission and the electoral process.”

He said that his tour of the 31 local government area offices of INEC had helped to acquaint him with the staff and their working environment.

The REC stressed that staff members were the most critical asset of the Commission and emphasised the need for them to demonstrate competence, impartiality and neutrality in the elections.

“I have toured the entire local government areas and today, Uyo, which is the state capital and the biggest with 175 polling units is the grand finale of the tour.

“And having gone round the 31 local government areas, I have been impressed by what I have seen since October 30 that the tour commenced.”

He observed that though some areas had challenges in terms of physical infrastructure, the state was blessed with good road networks.

Previous: Kogi Assembly grants governor’s request to extend tenure of LG Administrators
Next: We have no furniture, no light for eight months over unpaid bills – Uyo INEC staff