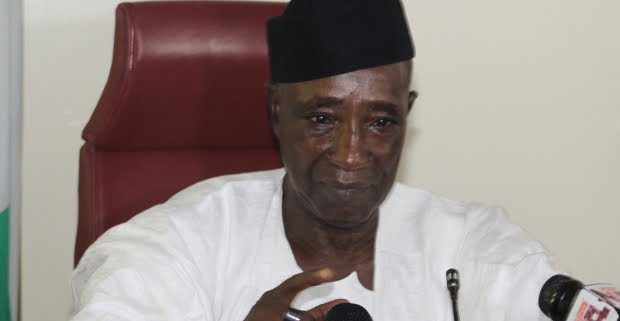 The Gaffe Made by a Minister

What point was the Minister of Agriculture and Rural Development, Sabo Nanono really driving at when he averred there is no hunger in Nigeria? That has been the question agitating the minds of discerning people since the minister bandied the claim at a press briefing to mark the 2019 World Food Day in Abuja.

Tagged: “Our Actions are our Future, Healthy Diets for a #Zero Hunger World”, this year’s event called for action across sectors to make healthy and sustainable diets affordable and accessible to everyone. The essence is to promote worldwide effective action to end hunger, malnutrition and poverty and ensure that people at all times and places have physical and economic access to nutritional food.

Given the ambitious and visionary goals of this year’s World Food Day celebrations, we had expected the minister to furnish the nation with efforts of the government to comply with the aims and objectives of the event. But we never heard any of such measures or assurances from the government on interventions to end hunger, malnutrition and poverty and make healthy diet accessible and affordable to all Nigerians.

Rather and curiously too, the message we got from the minister was sweeping statements to the effect that “I think we are producing enough to feed ourselves. I think there is no hunger in Nigeria, there could be inconveniences. When people talk about hunger in this country, I just laugh. In this country it is fairly cheap to buy food”. He also claimed that food is very cheap in Nigeria compared to other countries.

Those conversant with recent statistics on the poverty index of this country would shudder at the minister’s claims. This is more so given the link between the level of poverty prevalent in a country and the ability of citizens to access basic food needs. Just last week, the World Poverty Clock put the number of Nigerians who live below extreme poverty line at no fewer than 94,470, 535. This represented an increase of about three million people in the extreme poverty index from the figure captured in April this year.

Within the same week, President Buhari came out to inform the nation that the wealth of the country is concentrated in the hands of a few people living in four or five states including the Federal Capital Territory FCT while about 150 million others are languishing in poverty in the remaining 31 states.

In view of these chilling statistics on the extreme poverty level into which a huge majority of our people have been enmeshed, it is very confounding that a minister could come public with scandalous claims that there is no hunger in this country. The purport of his claims is that Nigerians are well fed and have easy access to their food needs both in terms of quantity and quality. If this assumption holds water, how come we have a humongous proportion of Nigerians in the extreme poverty line? And can a nation said to be the poverty capital of the world when it has achieved food security for its citizens?

These questions are germane given that the ability of a country to provide the basic human needs of shelter, food and clothing to its citizens is a critical ingredient in the measurement of the poverty index. And these bear positive correlation with income per capita, unemployment rate and other human development indicators that determine the standing of a country within the development matrix. It is only within the realm of absurdity that a country with about half of its population in the extreme poverty line can be said to have wiped out hunger within its fold. Things cannot add up that way.

What do we find here? The scenario is that of: Low per capita income, spiraling unemployment and underemployment, high inflationary trend and debilitating poverty that have earned Nigeria the tag of the poverty capital of the world. It is difficult to figure out how a country battling with multifarious developmental challenges could be laying claims to having wiped out hunger within. That is the inevitable contradiction elevated to the front burner by Nanono’s unguarded claims.

But we can excuse Nanono on the grounds that the claims are mere figments of his imagination that bear no semblance with extant realities. At best, his conclusion can be consigned to the realm of educated guess. But we all know that educated guess is of questionable empirical value. He said he thinks Nigerians are producing enough food to feed themselves; he thinks there is no hunger in Nigeria and he laughs when he hears people say that Nigerians are hungry.

These represent what the minister thinks. Unfortunately, his thoughts are personal to him and totally out of sync with the reality on the ground. He is free to think the way it pleases him. He is also free to make conjectures the way it suits his whims and caprices. But a minister whose thoughts are at utter variance with extant facts and realities on a given subject matter or one that gives scant heed to facts, figures and details on critical issues of governance, has lost the basis for his continued stay in that office.

That is the reality of the outlandish and amateurish claims that are being forced down our throats by the minister. The impression we get is that either the minister made those false claims with the intent of impressing his employers, scoring cheap political points or he did not do his homework before addressing the press on that momentous occasion. None of these possibilities is a credit to him since he ended up embarrassing the office he holds and his employer who only last week reeled out chilling figures on Nigeria’s current poverty standing.

More seriously, Nanono’s outing exposes the cavalier approach to serious policies issues that has been the bane of our policy planning and implementation processes. With the false mindset that there is no hunger in the land and that Nigerians are producing enough food to feed themselves, it remains to be conjectured what impact he will make in confronting the reality that Nigerians are really hungry and that we are not producing enough food to fed ourselves. He is also seriously encumbered and can hardly make meaningful impact in the urgent need to better the living standards of very poor Nigerians if he is fixed to the idea that prices of food items are cheaper in Nigeria than other countries.

Facts on the ground are at variance with these claims. Moreover, in computing such figures; relevant social indices as income per capita; the number of citizens gainfully employed, social intervention measures for vulnerable groups and underemployment are factored in. Nigeria is not known to have fared well in the rungs of the ladder of these indicators.

The minister ought to have gone further with details of food output in a country that hardly has accurate knowledge of its population. And with the prevalence of subsistence agriculture, computing such information would amount to a tall order. He also needed to address the nation on why smuggling of food items has refused to abate despite the shutting down of our borders and its effect on the prices of those food items that are prone to smuggling. Of relevance also is the imperative to provide additional information on the components of the food produced and consumed by a majority of our citizens and how they conform to the objectives of this year’s World Food Day of making healthy diets accessible and affordable by everybody.

In sum, the minister should not be taken serious in the statements credited to him as they bear no semblance with realities of the excruciating living conditions of our people as hewers of wood and fetchers of water. Such sweeping conclusions failed to factor in the embarrassing high number of the down trodden loitering around the streets, waiting to savor from remnants of foods served in kiosks and sundry eateries. They not only glossed over the high number of able bodied people and destitutes on the streets begging for a living, but failed to bring into account the reasons for the mass exodus of our people through risky routes to other countries where they are made to suffer all manner of humiliation.

These cannot stand for a profile of a country where there is no hunger; a country that produces enough food to feed its population and a country with the least cost of food items. Nanono’s claims should be discountenanced in their entirety for lacking in credibility.

Culled from The Nation