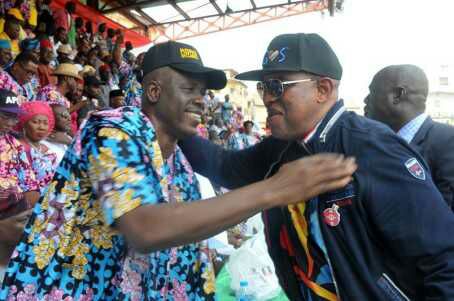 The Chairman of Lagos Island East Local Council Development Area, Kamal Bashua, on Sunday described the defection of Musiliu Obanikoro to the All Progressives Congress (APC) as a welcome development.

Obanikoro, a former Minister under the Jonathan Administration, officially left the Peoples Democratic Party (PDP) for the APC on Saturday in Lagos.

He was received by party faithful, including APC state Chairman, Henry Ajomale and other APC Chieftains.

Bashua said Obanikoro’s defection to APC was one of the best things to have happened to the party, especially in his Lagos Island Constituency.

He described Obanikoro as a great mobiliser, an experienced and accomplished politician, saying his defection would strengthen the party at all levels.

He said the people of Lagos Island, where Obanikoro once served as Council Chairman, were elated to receive the politician back to their fold.

Previous: Tinubu’s visit to Fasoranti in Akure has nothing to do with politics – Afenifere
Next: Atiku making a grave mistake, he told the world he was in APC to stay – Associate