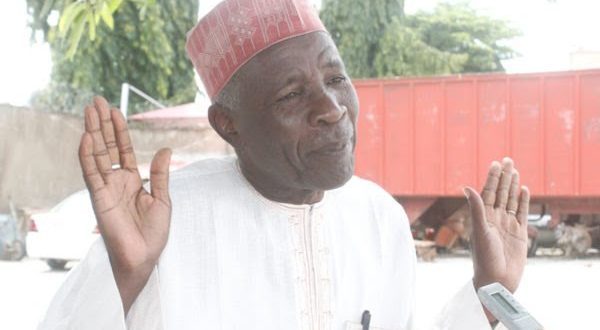 They used Magu as a political tool and dumped him- Galadinma

A former political buddy of of President Muhammadu Buhari, who is now one of his fiercest critics, Buba Galadinma said on Saturday that  removal of Ibrahim Magu, suspended acting chairman of the Economic and Financial Crimes Commission (EFCC), is a mere propaganda.

According to him, Magu had been doing the bidding of some powerful elements in the incumbent administration but had stepped on some toes which led to his suspension.

“His suspension was long overdue. Magu should have been long suspended from office but why it took Buhari’s administration five years to remove him may be a surprise to many Nigerians, but for me, it is not,” he said.

“Magu remained that long in office because he has been doing the bidding of some powerful elements in Buhari’s administration.

“But obviously he had stepped on some toes, and that’s why they’ve now decided to do away with him.”

He said the ongoing probe is a propaganda, alleging that nothing fruitful will come out of it.

“I believe Magu has offended a powerful cabal in Buhari’s administration, and that’s why they decided to remove him,” he said.

“I am not trying to defend Magu, I have never been his admirer but Nigerians should not be deceived that Magu was sacked because of Buhari’s administration’s commitment to the anti-corruption war. Magu is just being made a scapegoat to create the impression that Buhari is fighting corruption.

“Go and mark my words, nothing will come out of Magu’s case. It’s just like they want to entertain us, it is all part of propaganda to create impression that this administration is fighting corruption.”