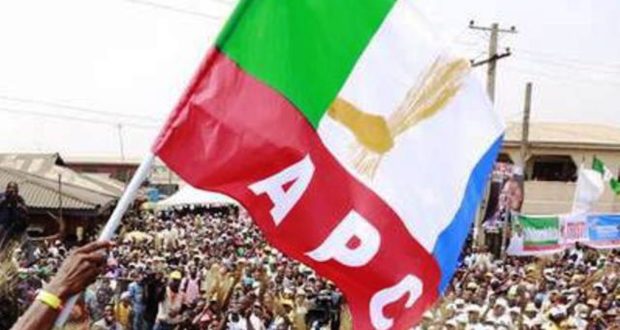 Thousands of ADC supporters decamp to APC in Oyo

Senator Olufemi Lanlehin and his supporters have decamped to the All Progressives Congress (APC) from the African Democratic Congress (ADC) due to the crisis rocking the party in Oyo state.

The group led by Lanlehin said this in a communiqué issued after its meeting held in Ibadan on Monday.

The communiqué, which was made available to journalists on Tuesday in Ibadan, stated that the meeting was convened by Lanlehin, a former Senator representing Oyo South Senatorial District and governorship candidate of ADC in the 2019 general election.

The group had agreed that Lanlehin and the entire structure of ADC in Oyo State should move en masse into the APC through a motion which was seconded without objection.

Earlier, Lanlehin addressed the State Executive Committee of the ADC led by Mr Ezekiel Adeniran, some of the party’s candidates in the 2019 polls and other loyalists on the APC reconciliatory meetings he had attended in Abuja.

“The reconciliation process by the APC National Reconciliation Committee headed by Gov. Abubakar Badaru of Jigawa State and supported by four other governors is clearly succeeding in its given task,” Lanlehin said.

Lanlehin assured loyalists drawn from the 33 local government areas of the state that he would continue to prioritise the interest of the common man, adding his actions remained pro-people.

Some speakers at the occasion eulogised Lanlehin for his unselfish and accommodating approach to politics, praying that posterity would be kind to him.

They endorsed the move, describing Lanlehin’s return to the APC as an homecoming.

“Lanlehin began his politics from the progressive camp, from his days in the defunct Social Democratic Party (SDP), Action Congress of Nigeria (ACN), one of the legacy parties of the APC,’’ they said.