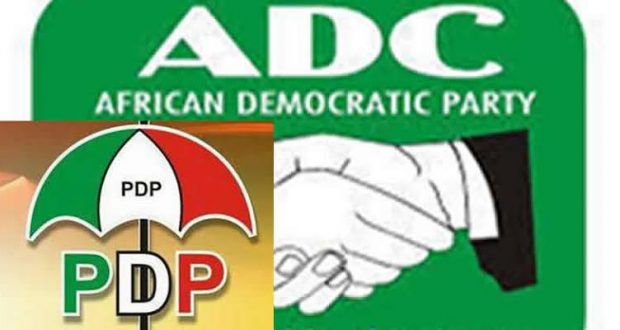 Three commissioners in Oyo State, a special adviser and some local government political functionaries, who are members of the African Democratic Congress (ADC), have defected to the Peoples Democratic Party (PDP).

The Commissioner for Information, Culture and Tourism, Dr. Wasiu Olatunbosun, announced the decision in Ibadan at a news conference.

Olatunbosun, flanked by some of the defectors, gave the names of the commissioners as: Seun Ashamu (Ministry of Energy & Mineral Resources), Adeniyi Adebisi (Ministry of Agricultural Resources) and his humble self.

Olatunbosun said the Special Adviser on Budget & Economic Planning, Gbenga Oyekola, some other appointees at the state level and 93 appointees and elected representatives at the local government level had also dumped the ADC for the PDP.

He said the move was made after consultation with ADC leaders, adding that PDP “is now a party of choice in Oyo State.”

Olatunbosun said the Governor Seyi Makinde administration had fulfilled its part of the bargain, “therefore they owe it a matter of duty to work for Makinde’s re-election in the coming general election.”

“You are aware that the governor has fulfilled his promise to our leaders. We feel we should do everything to ensure he wins his second term bid,” he said.

The commissioner urged his fellow defectors to ensure Makinde is re-elected in 2023.

He said ADC structure still remained intact, explaining that only elected and political appointees on the party’s platform were joining the PDP.

ADC was one of the coalition parties that worked to deliver victory for Makinde in the 2019 general election.

Previous: 2023 Presidency: Why I am throwing my weight behind Amaechi- Sen Ndume
Next: N100m Form: You are the roots of problems- Shehu Sani slams APC