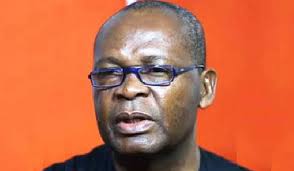 Tinubu is a Christian because he is one flesh with wife, Remi-Igbokwe

A top chieftain of the All Progressive Congress APC in Lagos State, Joe Igbokwe has also voiced his opinion on the choice of Ibrahim Shettima, a fellow Muslim as the running mate of the party’s presidential candidate, Bola Tinubu.

Joe Igbokwe who is also the Special Adviser to Governor Babajide Sanwo-Olu of Lagos State on Drainage and Water Resources explained why Asiwaju  Bola Ahmed Tinubu should be regarded as Christian.

You will recall that after weeks of speculations and waiting with bated breath, the former Governor of Lagos State on Sunday officially announced  Shettima, a Muslim from the Borno State as his running mate for the 2023 presidential election.

Speaking on the issue Igbokwe noted that  Asiwaju’s wife, Oluremi Tinubu is a pastor with a top Pentecostal church, the Redeemed Christian Church of God, RCCG headed by Pastor Enoch Adeboye.

Expressing his opinion through his verified Facebook page, he said Tinubu and his wife, Remi are one according to the teaching of the Holy Bible.

He wrote, “Do you know that Asiwaju’s wife is a pastor in Redeemed Christian Church of God? Are husband and wife not one again according to the Holy Book”?

Previous: No big deal about Muslim-Muslim Ticket, it shouldn’t cause controversies- Yakasai
Next: 2023 Presidency: Peter Obi’s emergence will bring an end to clueless leadership- Group