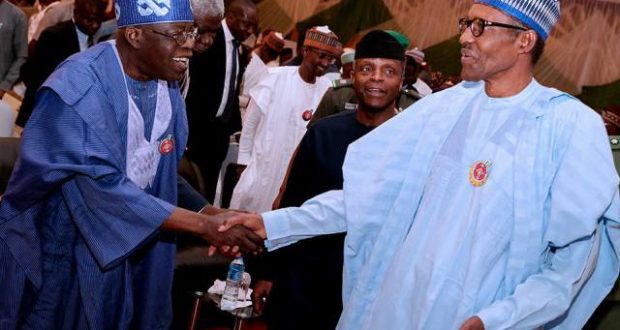 Reno Omokri, former Media Aide to ex-President, Goodluck Jonathan, has lashed out at APC Chieftain, Bola Tinubu over his recent comments about corruption.

Tinubu, one of the National Leaders of the All Progressives Congress (APC), had on Thursday said that corruption was at its peak during the reign of Jonathan.

Tinubu said this at the launch of a book chronicling the achievements of the President Muhammadu Buhari Administration since inception in 2015.

He also said President Buhari goofed by giving Tinubu the chance to talk about corruption.

According to him, such situation is likened to a kidnapper talking about fighting crime.

Previous: I belong to a political party as we speak, says Atiku
Next: Anambra Decides: INEC blames delay in arrival of voting materials on NYSC members