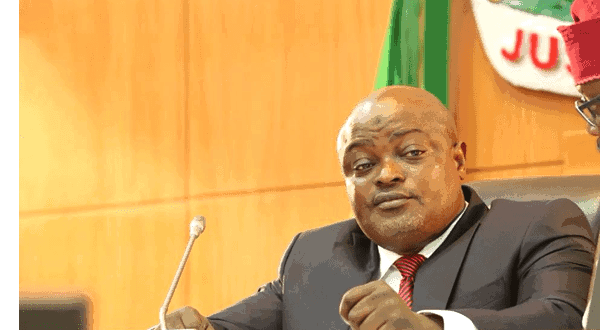 Speaker of the Lagos State House of Assembly, Mudashiru Obasa, says the current events that cropped up in the Lagos Assembly doesn’t have any effect on political empire of the National Leader of the ruling All Progressives Congress (APC), Bola Tinubu.

Obasa revealed this in a statement he signed on Wednesday following reported friction between him and Bayo Oshinowo, a former member of the state Assembly and current senator representing Lagos East at the National Assembly.

The speculations followed the suspension of members and change of some principal officers at the Lagos legislature.

Obasa said: “I was the one that dropped Senator Oshinowo off on his way to Abuja yesterday. If there was a rift between us, will that happen?”

He stated that Tinubu remained everything to the continued success of the party he built from the scratch and nurtured up to this moment.

“It is unarguable that his resilience, love for democracy, passion to see his foot-soldiers grow and belief in discipline cannot be measured.

“The legislature must remain strong at all times, especially in relation to Nigeria’s democracy because it is often the hardest hit where issues in the democratic journey pop up.

“This is why during plenary on Monday, March 9, I made this proclamation: ‘The parliament is a heartbeat of every democratic system, its sanctity, integrity and positive reputation should be guided and protected, hence discipline is a key and where it’s lacking, the hope of the people fizzle”, Obasa added