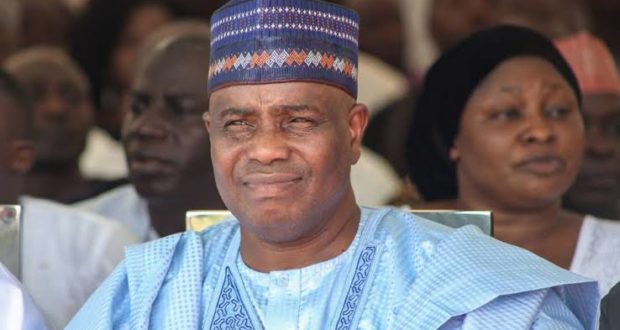 Ahmed Aliyu, the All Progressive Congress (APC) Governorship candidate had gone to the Tribunal seeking to upturn the victory of Tambuwal in the 2019 Governorship election in the state.

Counsel to Tambuwal, Mr Emmanuel Ukala, SAN, closed his defense after he presented the eight witnesses including officials of Independent National Electoral Commission (INEC) that were subponed to testify.

The 8th defense witness, Dr Jabbi Kilgori, who is the PDP State Collation and Returning Officer told the tribunal that the election was free and fair, while results were duly declared uncontested at state collation center in his presence.

In his evidence, Kilgore identified discrepancies in the names of the petitioner, Aliyu and his running mate, Faruk Yabo from the forms they completed at INEC.

All the witnesses have underwent cross examinations from Aliyu’s Counsel, Dr Alex Izinyon, SAN on their capability to give legal evidences, among other areas.

Bawale admitted some documents after he granted application by the respondent’s counsel, Ukala SAN, who tendered them through the witnesses which he said were vital to their defense.

When Tambuwal, who is the 2nd respondent closed his defense, the lead Counsel for PDP, the 3rd Respondent in the case, Mr Akinmuyiwa Akinboro, SAN, applied for adjournment.

The application was however opposed by Aliyu’s Counsel, Izinyon.

Counsel to INEC, Mr Mr Alhassan Umar, did not object to the application while in his ruling, the Tribunal Chairman, Justice Abbas Bawale, said the tribunal would abide by its dates line-up in the case, duly consented by all parties in the interest of justice.

Justice Bawale adjourned the case to Aug. 1, for PDP to open defense after which parties would address the tribunal on slated dates fixed.

The main governorship election held on March 9 was declared inconclusive following cancellation of 75, 403 votes which were higher than the 3, 413 votes margin between the leading candidates.

The re-run was conducted on March 23, and Tambuwal won with a slim margin of 342 votes.

Unsatisfied with the outcome, Aliyu approached the tribunal challenging the return of Tambuwal as the governor-elect, on the grounds that the election was marred with irregularities.