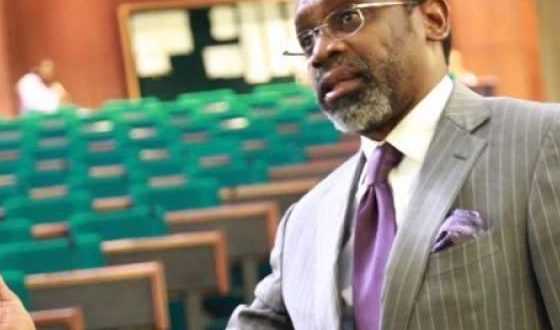 The Speaker of the House of Representatives, Mr Femi Gbajabiamila has expressed joy over President Muhammadu Buhari’s victory at the Presidential Election Petition Tribunal on Wednesday.

Gbajabiala ,in a statement issued by his Special Adviser on Media, Mr Lanre Lasisi, on Wednesday in Abuja, also congratulated the national leadership of the All Progressives Congress (APC) on the victory.

The tribunal in an eight-hour long judgment dismissed the petition by the Peoples Democratic Party (PDP) and its presidential candidate Alhaji Atiku Abubakar for lack of merit.

Gbajabiamila lauded the Nigerian Judiciary, especially members of the Presidential Election Petition Tribunal, for doing its job without fear or favour.

The speaker felicitated with members of the APC family nationwide and Nigerians generally on the victory.

“I am elated to congratulate the President on his victory at the tribunal. Ab initio, I had no doubt whatsoever in my mind that the President would come out victorious, considering the massive support Nigerians gave the President before and during the Feb. 23 Presidential Election.

“May I also congratulate the Nigerian Judiciary for living up to expectations by doing the right thing, with this judgement, a precedent has been set for electoral matters in the country,” he said.

Gbajabiamila equally commended PDP and its Presidential Candidate Atiku for testing the country’s laws in a peaceful manner.

The Deputy Speaker of the House of Representatives, Mr Ahmed Wase (APC-Plateau) also congratulated Buhari on his victory at the Tribunal.

Wase, in a statement by Mr Umar Puma ,his Press Secretary,described the judgement as victory for democracy and the rule of law.

The Deputy Speaker said the Presidential Election Appeal Tribunal has ,by its verdict ,vindicated the Independent National Electoral Commission (INEC).

He said that electoral umpire had earlier declared Buhari and the APC, winner of the presidential election in line with the mandate freely and willingly given by Nigerians.

“The ruling has also vindicated the position of our party, the APC that the Presidential Election conducted on February 23, 2019 was transparent, free and credible.

According to the deputy speaker, the judgement has further reaffirmed the confidence Nigerians have in the ability of Buhari to lead this great nation and their decision to re-elect him to take us to the next level.

Wase also congratulated the panel of jurists that sat through the case, describing the verdict as thorough.

He said that the verdict will stand the test of time and strengthen the faith of the common man in the judiciary.

The parliamentarian advised Nigerians to eschew partisanship and rally behind the President in his quest to bring the much needed reforms and move the country to the ‘next level.’

Wase further commended the PDP Presidential candidate, Alhaji Atiku Abubakar for availing himself of the country’s legal and judicial system.

He advised him to accept the verdict in good faith and to team up with Buhari on the task of re-engineering the nation, fixing the economy, creating jobs, tackling corruption for a prosperous Nigeria.