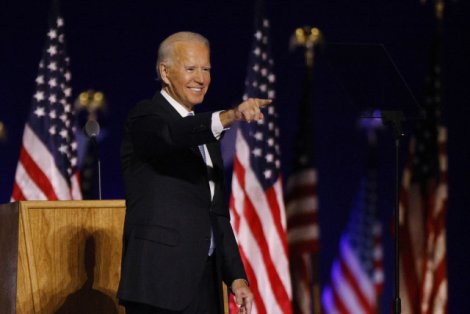 Democrat’s Joe Biden has won the battleground state of Arizona, dealing another blow to President Donald Trump’s struggling effort to overturn the results of the Nov. 3 presidential election.

Biden’s win in Arizona gives the Democrat 290 electoral votes in the state-by-state Electoral College that determines the winner, more than the 270 needed to claim victory. Biden is also winning the popular vote by more than 5.2 million votes, or 3.4 percentage points.

With a few states still counting votes, the electoral math is daunting for Trump. The Republican president has repeatedly claimed the election was marred by widespread fraud, with no evidence to support his assertions. He would need to overtake Biden in at least three battleground states where Biden currently leads by varying margins.

The Trump campaign has filed lawsuits challenging the vote counts in individual states, although some have already been thrown out by judges. Legal experts have said the litigation stands little chance of altering the outcome, and state election officials have said they see no evidence of serious irregularities or fraud.

Trump supporters descend on vote centres in Michigan, Arizona as counters work through night
Hand-count audits in more than six Arizona counties, including Maricopa County, where a majority of the state’s residents live, found only minor discrepancies, the secretary of state’s office reported earlier on Thursday. The audits involve hand counts of a random sampling of ballots.

Thus far, most Republican officials and lawmakers have publicly backed Trump’s attempt to contest the election results and declined to recognize Biden as the president-elect.

But a handful of Republican senators on Thursday urged the Trump administration to allow Biden to receive intelligence briefings, implicitly acknowledging he could eventually occupy the White House even as they refused to recognize his win.

The president-elect traditionally receives such briefings from the intelligence community to learn of threats facing the United States before taking office.

“I don’t see it as a high-risk proposition. I just think it’s part of the transition. And, if in fact he does win in the end, I think they need to be able to hit the ground running,” Senator John Cornyn told reporters

Previous: Many APC members want to leave, but have not due to shame- Wike
Next: US 2020: After days of silence, China finally congratulates Biden