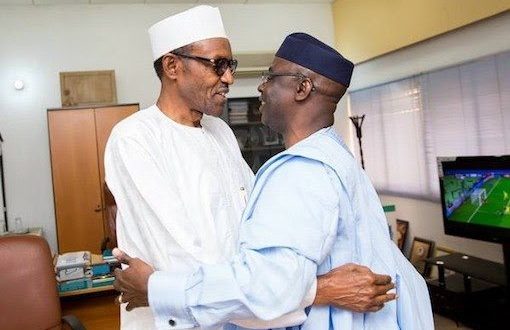 The General Overseer of the Latter Rain Assembly, Pastor Tunde Bakare, on Monday met with President Muhammadu Buhari at the Presidential Villa in Abuja.

Bakare was Buhari’s running mate in the 2011 general election.

However, in September this year, he declared that he would succeed Buhari as Nigeria’s next president.

No official reason was given for the meeting and the cleric also did not speak to newsmen.

While leaving the Presidential villa, Bakare pleaded with reporters that he had a flight to catch, Daily Post reports.