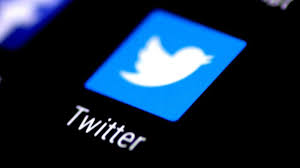 Yinusu Ahmed, a member of All Progressives Congress (APC)  in the house of representatives has claimed that  the suspension of Twitter by the Nigeria government is bringing out positive results.

Acccording to the lawmaker, the activities of citizens on the platform which had been heating the polity before the ban had reduced.

Ahmed said this during an interview with Channels Television programme on Wednesday.

“Given the situation and the scenario, I support the ban of Twitter 100 percent,” he said.

“The government has the constitutional right to do that when the security of the country is breached, these people using Twitter either for trading or for marketing if war breaks out, where will you be doing your business?

“So we are trying to be proactive. I think Nigerians should be able to wait for 10 days for things to be put into perspective rather than allow Twitter to run freely.

“To me personally, I think we need to preserve the nation first. We believe Twitter has contributed a lot to heating up the state of our polity.

“For us to take a little time so that we can create an enabling environment. That suspension has started yielding results. The ban has yielded results, so to me we have no regret whatsoever.”