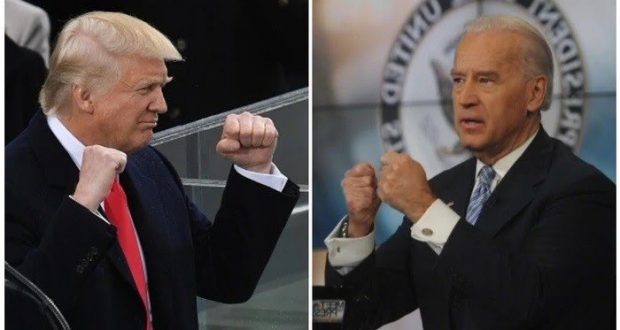 U.S ELECTION 2020: PRESIDENT TRUMP WILL BE BLOWN AWAY – BY LAI OMOTOLA

The mystery behind how President Trump won the 2016 election may have turned to fear as observe watch polls prediction suggesting that it may fail just like 4 years ago.

The Hillary Clinton failure 4 years ago is as a result of few things which are inability of Mrs. Clinton to reinforce her message, her inability to fire up her base, a little bit of reliance on polls result and finally the FBI report that came out few days to elections  sent her supporters back home without voting nevertheless she had majority votes and was slightly beaten in battleground states.

The 2020 elections will be different because unlike 4 years ago electorate have come to know and see President Trump while his supporters remain substantially, it can also be said he has lost some of them and hardly gained supporters from the opposition. If Trump should lose this election it will mainly be because of his handling of COVID 19. This is an election that sees nearly the entire world against the candidacy of Mr. Trump. He has ridiculed the office of the President, scattered the American dream and replaced with the narrow thought of “AMERICA FIRST” and indeed America is first and only in the number of coronavirus deaths. “Make America great Again” has not happened therefore he needs an additional “again” as slogan for this election.

Mr. Trump has shown no empathy for the lives of Americans as they die in thousands the same American life when threatened anywhere in the world America will send the most equipped military equipment to save same life. Under Trump’s administration American lives have become worthless. “it is what it is” When the President said the election was going to be rigged, he puts other Nations in danger when the most advanced and most transparent democracy can be rigged, then there is no hope for African Countries that are just developing their democracies

President Trump has consistently lied and documented lies have reached about 5,000 times in the duration of his presidency with no sign of slowing down. He boasts about the economy, am yet to see how President Trump boosted the economy other than inheriting a good economy however the COVID 19 has shown that he wasn’t the one that built the economy otherwise he should have sustained the economy despite the covid 19 pandemic this is what make America a great Nation.

Finally, President Trump is neither a team player nor a team leader, prefers to be an emperor in his own cave and lock every other person out. Most times the second term of a President is usually worse than the first term and if Mr. TRUMP IS RE-ELECTED COVID 19 may be with us for the next 4 years because simply put this is not the area of his strength. President Trump is more of a salesman than an executioner. With the early votes, we see an unprecedented surge in number of voters that are tired of a debased America and are thirsty for a restored America of decency, global leadership, neighbor helper, pace setters and robust democratic Country. This election is about restoration of America. President Trump is a 4-year disruption to western civilization and after the election there are lessons to be learnt from President Trump’s reign. My take

Lai Omotola is a Public Affairs Analyst and the publisher of politico.ng